Glenn Robinson - "Get You Down" 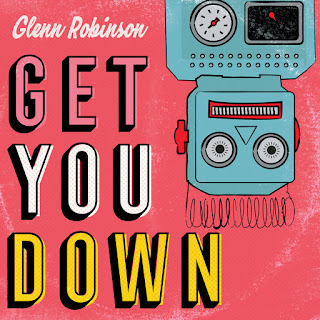 I last wrote about Glenn Robinson way back in 2015. Since then he released a terrific album called Unimpressed that I regretfully never got around to reviewing. Now at work on his third LP, Robinson just released a sneak peak in the form of the digital single "Get You Down". It's a name-your-price download over at his Bandcamp, and it's well worth checking out if you enjoy punky power pop. A quick recap on Glenn Robinson: he hails from Rhode Island and plays guitar, drums, and bass. He has released two albums on Jolly Ronnie Records as well as several singles. He sure knows how to write a catchy pop tune with some punch to it. "Get You Down" is no exception, and it has really strong lyrics to boot. The track was recorded in March with Chris Piquette at No Boundaries Studios in Providence. The new album has no title or release date at this point, but I'm definitely looking forward to it based on "Get You Down". I know you all might be going broke with all of the new releases I've been urging you to buy lately. So here's a freebie that's very much in keeping with the rest of the great stuff that's been coming out this summer!