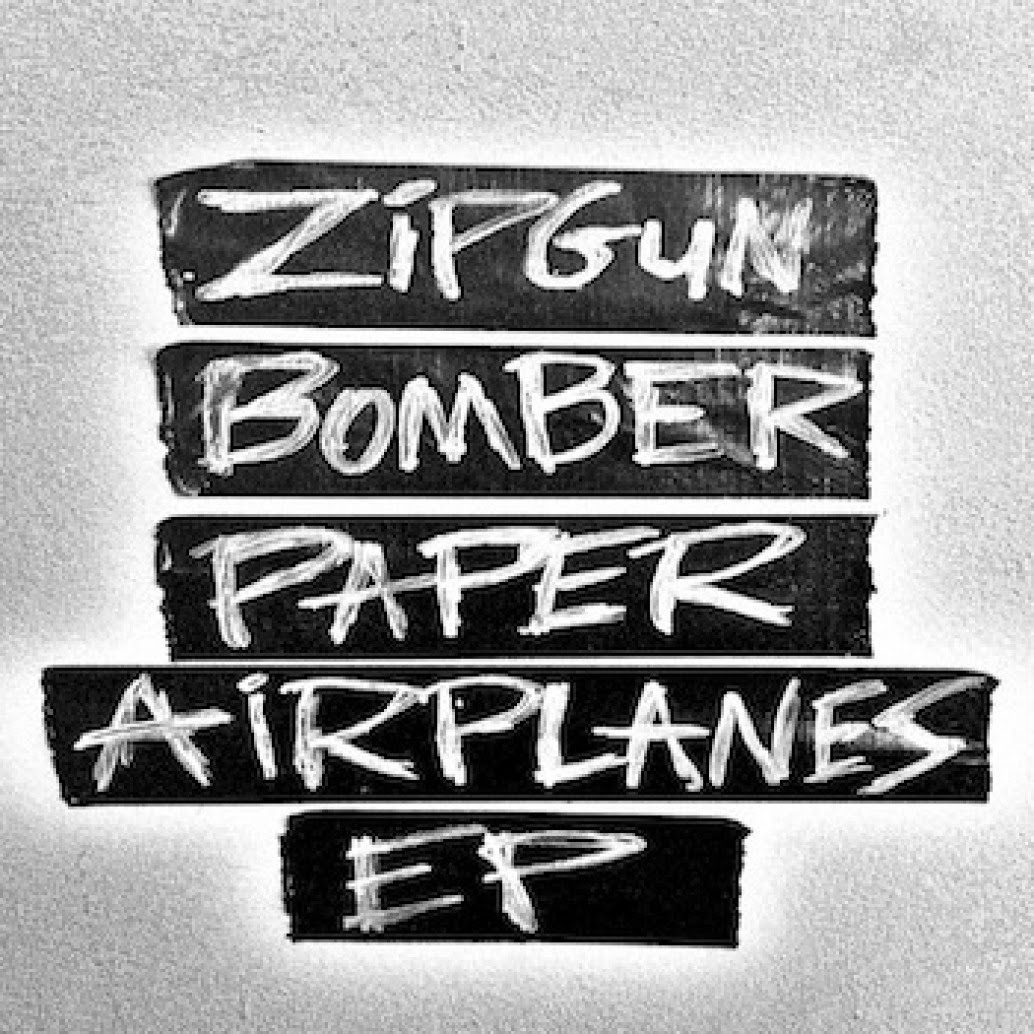 So, I know I'm way late on this one. But occasionally I'll hear something that I missed when it first came out and realize it's too good not to share! While ZipGun Bomber's debut EP Paper Airplanes goes back a few years, it was recently issued on CD by one of my favorite labels - Rum Bar Records. So with the blessing of Rum Bar head honcho Malibu Lou, I'm still going to classify Paper Airplanes as a "new release".

Based in Cambridge, Massachusetts, ZipGun Bomber features Nate Doyle on guitar and lead vocals. A veteran of one of the more beloved pop-punk bands of recent memory (The Guts), Doyle is well established as a songwriter of considerable talent. Back in 2011, he got together with Jake Gardner and Steve Benson and formed ZipGun Bomber. I'm somewhat ashamed that Paper Airplanes has been out there for three years and I'm just now discovering it! As soon as the opening notes kicked in, I was taken right back to the sounds that first got me into punk rock twentysome years ago. Jumping off with the heartfelt & energetic "Chase That Feeling", this EP manages to recall Lookout! era Green Day in all the best ways. This band definitely belongs to that "heart-on-sleeve" category of pop-punk that was so prevalent in the early-to-mid '90s. And for sure, it's nice to hear that sort of thing still being done well today. Like all the best pop-punk singers, Doyle comes off naturally endearing. You just can't help rooting for him, and he sure knows how to pen a catchy tune! This release pretty much encapsulates what quality pop-punk is all about: good songs, tight execution, and lyrics people can relate to. And with top guys like Dean Baltulonis (recording) and Justin Perkins (mastering) involved in the production, it's not a surprise that that this EP sounds so amazing!

If my dream tour back in 1995 would have been something along the lines of Parasites/MTX/Green Day, ZipGun Bomber sounds like the up-and-coming band that might have snagged the opening slot. But what I really like about ZGB is that this is a band that proves what an enduring musical form pop-punk truly is. I'm reminded of so many great bands I adored in my 20s, but in no way does Paper Airplanes sound dated. The Guts were one of a handful of bands that kept the pop-punk scene awesome throughout the 2000s. So it makes complete sense that ZipGun Bomber is doing the same for this decade. I'd put Paper Airplanes up there with the best four or five pop-punk releases I've heard in recent years. Pop-punk fans, this is not one to miss. I should know!