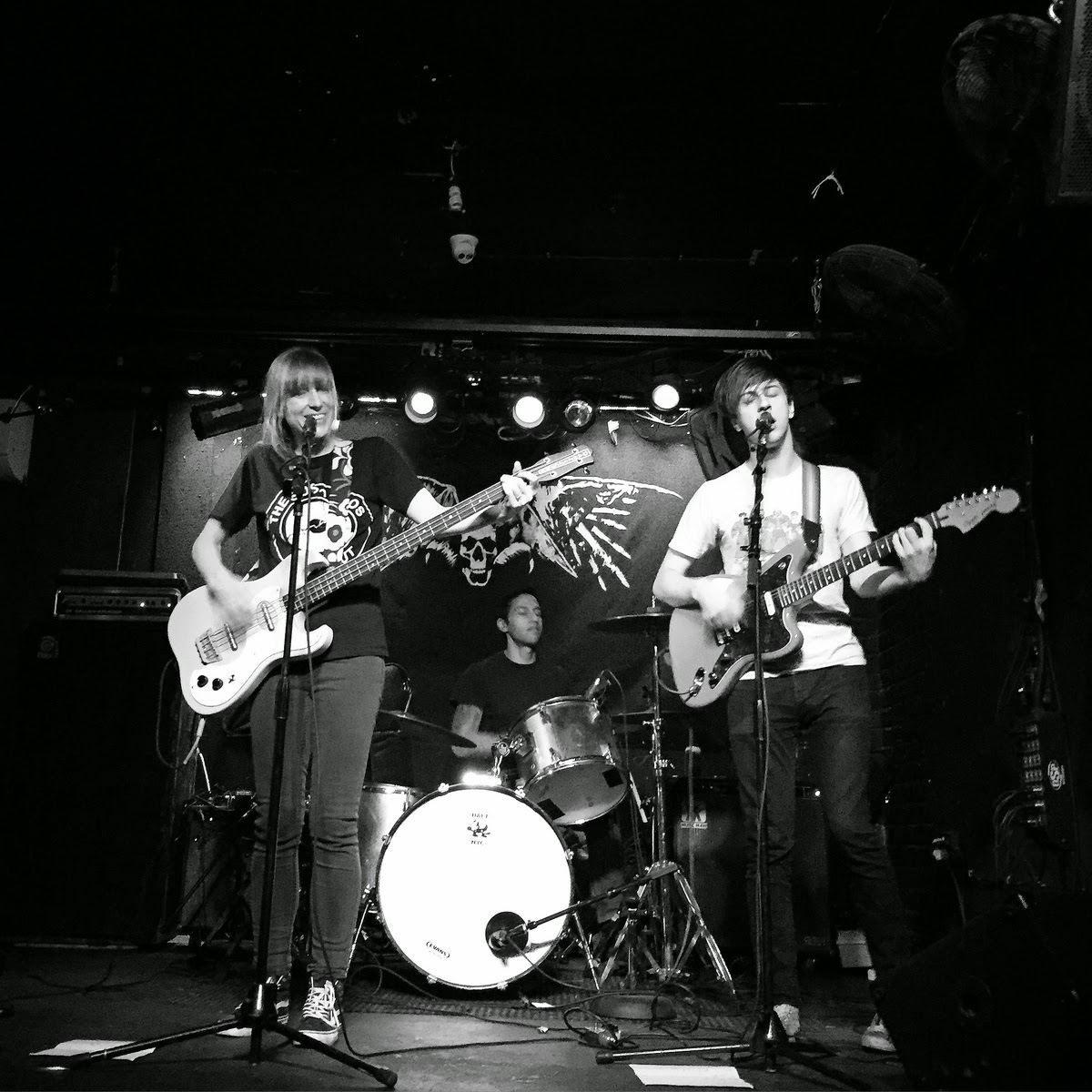 So a decade ago, The Unlovables released Crush Boyfriend Heartbreak - a pop-punk classic and one of my 25 favorite albums ever. The equally good Heartsickle was issued in 2007 - cementing The Unlovables as A1 all-time greats of the pop-punk world. Having been wishing for an Unlovables comeback for many years, I was over the moon to discover that singer/bassist Hallie has a new band going! Based in Brooklyn, Hiccup is Hallie on bass, Alex on guitar, and Piyal on drums. The trio recently unveiled its first two official demos, and I must say that I was not disappointed! "Whatev, It's Cool" is my fave song of the 2015 so far - a perfect example of how Hallie can start with themes of heartache & betrayal and somehow end up with a tune that makes you happy to be alive. It's a minute and a half of head-bobbing bliss, and Unlovables fans will absolutely adore it! "Dad Jokes", featuring Alex and Hallie on co-lead vocals, is more in an indie pop vein but also super awesome. I know this is just a little taste of Hiccup, but I'm thinking this band is going to be something really special. Demos are a free download over at Bandcamp!