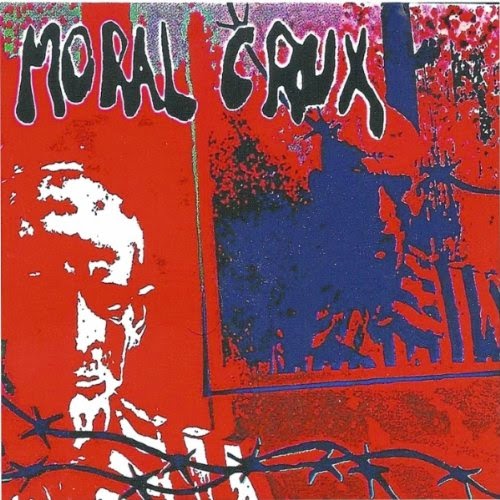 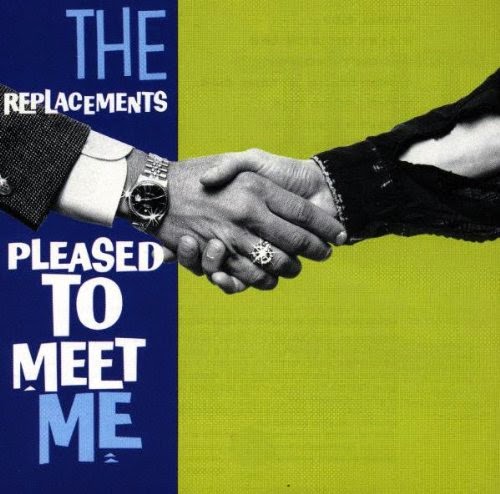 I usually do these "retro lists" to coincide with significant anniversaries: the music of 10, 20, and 30 years ago. So why am I going back 28 years to 1987? Because Travis Ramin challenged me to do so, and there's nothing I love more than a challenge! The most difficult part of this endeavor was to find enough music from 1987 that actually fits in with the musical scope of F & L. By this particular point in the '80s, most of the good hardcore bands had gone metal. Straight-up '77 punk was close to extinct. Power pop was far from thriving, and garage punk as we know it was a few years away from taking off. I knew it would be reaching to bring up, say, Guns N' Roses or Flesh For Lulu. But after significant inspection, I was able to come up with a list that affirms that '87 was a fine year for punk rock and non-mainstream music. All of these groups at least started out as punk bands. And if a few of them had evolved or widely expanded their horizons by '87, that's not necessarily a bad thing. So here we go!

10. (tie) Ramones - Halfway To Sanity
It's not without reason that the Ramones' late '80s output is much maligned. Starting with Animal Boy's ill-fated attempts at sounding current and culminating with the seemingly phoned-in Brain Drain, '86'-'89 clearly marked the irreversible decline of the greatest band that has ever existed. But to me, Halfway To Sanity was a final gasp of inspiration - and the last Ramones album truly worth buying. If not fully successful, it was at least an attempt to get back to that classic Ramones sound of yore. Sonically, the band hadn't sounded this aggressive in years. And while the album has its share of clunkers, it has its ace tracks as well. If I'm making an ultimate Ramones best-of mix, "I Wanna Live", "Weasel Face", and "Go Lil' Camaro Go" are making the cut. While not a great Ramones album, Halfway To Sanity is at least a good one.

Moral Crux - self titled
Moral Crux was one of those rare bands carrying the torch for '77 style punk in the mid-to-late '80s - combining the pop stylings of the Ramones and Generation X with intelligent lyrics about politics and social issues. The band would become a celebrated part of the '90s pop-punk scene, eventually signing to Ben Weasel's Panic Button Records. And while I love all of this band's albums, the self-titled debut remains one of my personal favorites. I love the way it marries catchy pop melodies to early '80s hardcore punk influences. "Kick It Over", "Strange World", "Voices Of Reaction", and "Law + Order" are classic tracks from one of the best and most criminally overlooked punk bands of the last 30 years. New 7" coming out this year on Mooster Records!

9. Fastbacks - ... And His Orchestra
While a little rougher around the edges than later Fastbacks albums, this long-awaited debut (the band had been going since 1979) is pretty close to a classic in its own right. Great poppy punk from Seattle's original alt rock sensations. Who doesn't love "Seven Days" and "K Street"?

8. Thee Mighty Caesars - Wiseblood
This was trashy garage punk before they actually had a label for such a thing.

7. Descendents- All
This is supposedly a "lesser" Descendents album, yet it's got "Pep Talk", "Clean Sheets", and "Coolidge". That tells you a lot about the greatness of The Descendents.

6. Mad Parade - A Thousand Words
In the era of crossover thrash, at least one band stayed true to the classic SoCal punk sound...

5. Husker Du - Warehouse: Songs And Stories
About the only thing I don't like about this album is that dreaded "late '80s production". I swear there was a conspiracy among recording engineers back then to make all drummers sound terrible! Otherwise, it's amazing how consistent this double LP was. Here was Husker Du coming out with their fourth album in three years, and they were not lacking for quality material. For a lot of bands these days, four albums is a career. If it's apparent that Mould and Hart were going in way different directions at this point, you can't accuse either of coming up short. Warehouse melds the adult pop leanings of the previous year's Candle Apple Grey to the buzzing melodic punk of the band's classic mid-'80s albums. All in all, not a bad way to bow out!

4. Celibate Rifles - Roman Beach Party
In the mid to late '80s, it seemed that most bands had either forgotten the roots of punk or were running away from them at full speed. But that was not the case in Australia - where Birdman and The Saints were still worshiped and Detroit rock loomed large. Celibate Rifles were equal parts Ramones and Stooges, and the hard-hitting Roman Beach Party is probably their best album. Kicking off with the scorching "Jesus On T.V.", this should have been the album that made them huge. But alas, who had any use for ferocious, intelligent rock n' roll in 1987?

3. Red Kross - Neurotica
Neurotica is one of those albums that made a modest impact in sales but an immeasurable one in influence. Here you had these legends of early '80s LA punk who had not fully outgrown their loud/fast hardcore roots. Yet into the mix, they had thrown The Beatles, KISS, and a whole array of '70s pop culture references. If you heard this album, you couldn't quite define what it was. Punk? Bubblegum? Metal? Power pop? It was a little bit of all of that, and uniquely Red Kross. Numerous alt rock and "grunge" bands in the early '90s would capitalize on the idea of mashing up punk, metal, and pop. But I'll take Neurotica over any of those bands' albums - Nevermind included!

2. Pink Lincolns - Back From The Pink Room
The classic debut album from one of the most underrated punk rock bands of all-time. These Floridians were doing snotty-as-hell three-chord punk rock when almost no one else cared to. These guys caught on in the '90s due to a close association with The Queers and Screeching Weasel. But Back From The Pink Room has just in much in common with, say, Black Flag or the Angry Samoans. "I've Got My Tie On" is pretty much the best song ever.

So I suppose I should start working on my 1985 list next...unless I get sidetracked by another "challenge"!

There was a lot going on in 1987. My entry is THE ACCUSED. "More Fun Than An Open Casket Funeral". In the HARDCORE PUNK world, no other release in that year echoed what was happening in HC music at the time. Listen for yourself. Speed, punk, metal, yeah in '87, all was coming together, and it had been coming together for quite a few years before...(HIRAX,COC). DRI released 'CROSSOVER' in 1987 and I found that record to be very watered down when it came to their sound. The Accused had their own sound and kept the original vision going, which was a melting of punk and metal. By 1987, it was a reality and they recorded an album that brought it home to all of us in that year!