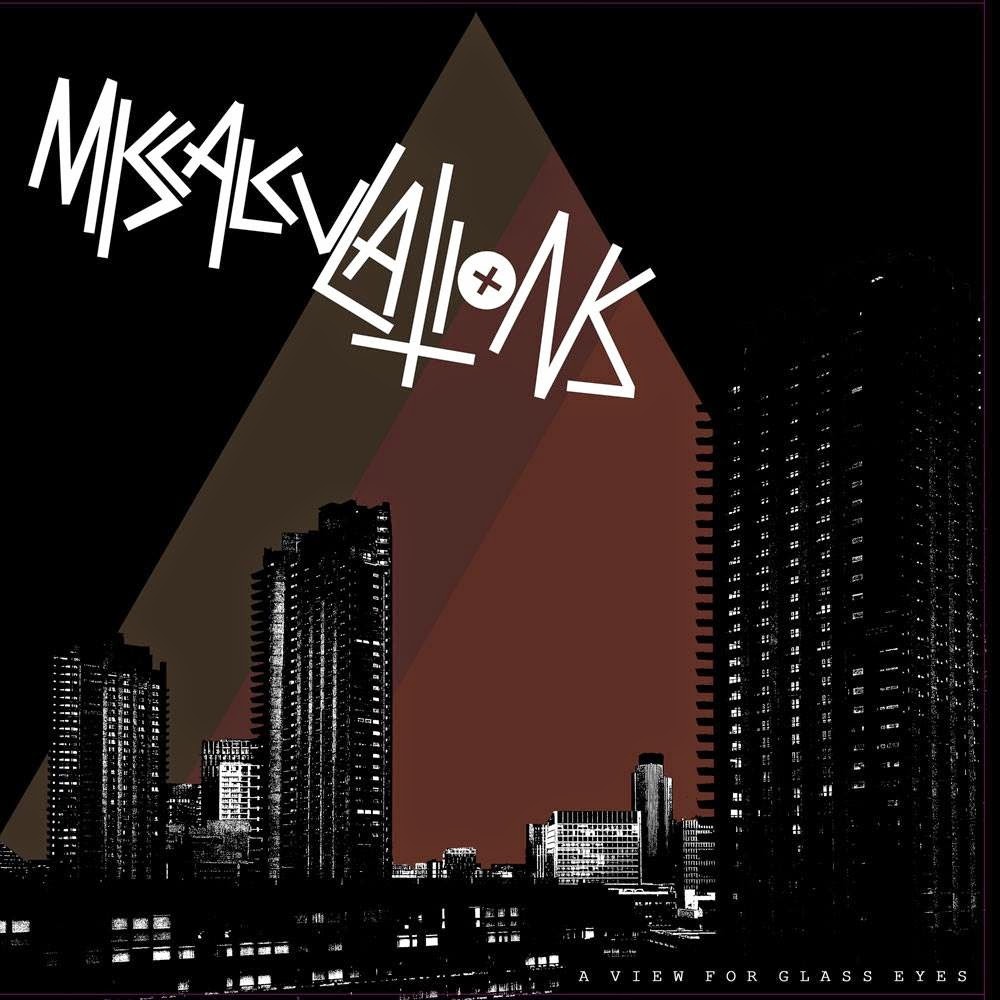 So I really love '77 U.K. punk rock. I also enjoy dark post-punk and synth pop - but only when I'm in the frame of mind for that sort of thing. And that's usually like every other Tuesday between 1:00 and 3:00 PM. What I like about London's Miscalculations is that they find a way to mix all of the above into one cohesive sound that I'm always in the mood for! Miscalculations recently released their second album, A View For Glass Eyes. And just as I was anticipating, it's brilliant! Marco and Shaun continue to amaze me with their ability to craft songs reminiscent of both classic (Wire, Screamers) and contemporary (Masshysteri, Invasionen) punk greats. It's impossible not to be reminded of a certain time when this style of music thrived - say 1977-80. A View For Glass Eyes strikes me as an album that the Buzzcocks might have made under the influence of a Joy Division bender. But don't call it "retro". Miscalculations have brought the new wave fully into the 21st Century - fashioning fresh, vital music inspired by modern urban landscapes and the coldness of current times.

A View For Glass Eyes is the perfect follow-up to Miscalculations' excellent 2013 debut. It generally sticks with what worked so well last time- angular guitars, ominous and fiercely intelligent lyrics, and just enough synthesizer to create a tone. Most of the tracks are somewhere in the neighborhood of two minutes long, and the album advances the band's musical vision while still retaining the jagged punk minimalism of the last record. Essentially this is the album I wish Wire had made in 1979. Rather than abandoning punk's primal punch in favor of post-punk experimentation, it fuses the two together and adds elements of more recent Swedish hardcore. And while this album is probably even darker than its predecessor, it's also more developed in terms of hooks and pop melody. If the most sinister thing you can do in music is craft a chorus that compels you to gleefully sing along to highly unpleasant thoughts, then "Cutting Room Floor" and "Recreational Anasthesia" have to be considered master works of evil genius.

Something I really like about A View For Glass Eyes is its inclusion of two of Miscalculations' most extraordinary 7" tracks - the electro version of "Factory Life" and the absolutely chilling "Clairvoyant Stare". Given how quickly 7" vinyl sells out, there have to be quite a few fans who don't yet own these songs. More importantly, both tracks fit perfectly on this album - expertly sandwiched between the spasmodic "Alsatian" and the haunting "Pain As A Language". Clearly this is a band hitting the proverbial next level in full stride. Unnerving and beautiful at the same time, the guitar work on this album is truly stunning. And fantastic songs like "Severing The Spine Of Confidence" find Miscalculations less interested in changing their formula than they are in completely perfecting it. Still, there are clear signs of an evolving artistry. Like a nagging itch that drives you near mad, epic closer "Science In Reverse" sticks with you long after the music stops.

Due to my late discovery of Miscalculations' first LP, the band was robbed of a spot in my 2013 top ten. That will not be the case this year. Six weeks into 2015, I've got A View For Glass Eyes atop my album of the year big board. Even with formidable competition on the way, this one's going to be hard to supplant.