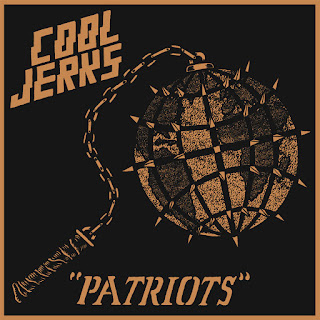 Today I've got something good for you out of  Leeds, UK! Cool Jerks have just released a four-song EP called Patriots, described as "a furious record full of anger aimed at emerging trends in domestic and foreign policy of international governments, as well as people supporting what is happening with their ignorance." It's hard to argue with a cause like that (the latter part is especially on-point). I love a band that can channel those sorts of convictions into some raging punk rock, and Cool Jerks really hit the mark on these four belters. Stylistically, this is classic politically-charged Brit-punk with hints of modern-day garage and post-punk. This is clearly a band that believes in what it's singing about, but these would still be crackling punk songs even if they were odes to baking holiday pies. You can get the digital album directly from the band for £3, and there's also a cassette version available from Tapetalks. Play this EP loud and get fired up!