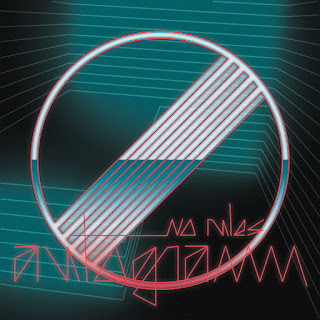 2021 has already produced a slew of outstanding full-length albums, and Autogramm's sophomore long player No Rules is up there with the best of 'em. Out on Nevado Music, the 11-track No Rules finds the Vancouver and Chicago based trio further refining and expanding its new wave influenced sound. While this album is not without its power pop leaning moments, it also ventures quite extensively into the darker, moodier realms of synth-pop and post-modern rock. In terms of stylistic variety and artistic vision, Autogramm has taken a big step forward on this release while remaining as enamored as ever with its core influences (Gary Numan, Devo, The Cars, etc.). Here the band offers everything from the new wave dance anthem "No Rules" to the quirky, punky "Jody Is A Cop" to the robo-pop earworm "Fuck Fast Fashion" to the Police inspired "Future Primate". There are certain songs on this album that I probably would have mistaken for actual '80s new wave songs if I hadn't known they were by Autogramm. And yet in spite of the obvious reference points which tick all the nostalgic boxes for anyone my age, there's plenty about this album that feels current in 2021. "Mantra", while inspired by a personal experience of singer/guitarist Jiffy Marx, comes off like a survival guide for life in modern times. And it's quite interesting that the album's two "poppiest" songs are about anxiety and depression. Full of undeniable hooks and profound, relatable lyrics, "Anxiety" and "Bad Day" would be massive radio hits in a perfect world.

I love that Autogramm is unapologetically a new wave band. There isn't a trace of irony or kitsch in what they do. They are inspired by a form of music that they genuinely love, and they execute the style superbly with just enough of a modern touch. Far from a sophomore slump, No Rules delights from start to finish. Hail the newest wave of new wave!