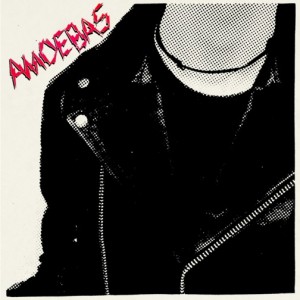 You may remember me somewhat frothing at the mouth over Amoebas a few months back. I was pretty, uh, excited. Well now the fearsome foursome from has a 12-inch out, and let’s just say it’s no letdown! Issued by label-of-the-year frontrunners Modern Action Records, this self-titled eight-songer absolutely kills. It’ll make my year-end top five for sure. Amoebas are the modern-day answer to not just the snot-drenched antics of late ‘90s greats like the Stitches and Prostitutes but also to the proto-hardcore racket of early Black Flag. And at the same time, they put their own modern-day twist on these classic stylings. So although this is “old school” punk music, it feels fresh and new. If this is what the future of punk rock sounds like, then punk rock is in damn fine shape!

Amoebas s/t reprises all those smash-your-face punk hits I raved about last time - like “Nervous Wreck” and “Gimme a Fix”. Yeah, they still rip with snarling vocals and slashing guitar leads. And the songs that I hadn’t heard before demonstrate that this band just keeps getting better! “You Shake Me” slows the tempo for a more classic ’77 punk feel with lots of melody and just a hint of new wave flavor. Shades of Johnny Thunders for sure, and this is by far the best songwriting these guys have done. Outstanding! “Hollywood Trash” infuses overt catchiness into a snotty punk n’ roll attack and brings to mind forgotten Pelado Records greats like Red Invasion. And I love record closer “Blackout”, which blazes down the homestretch at the speed of light and puts a furious exclamation point on a tremendous debut album! This is the way to do it – come hard with eight short-and-sweet songs that kick a whole lot of ass and leave you wanting more. Sonically, this is a great sounding punk record with clean production that packs a punch (to the face!). Not only do Amoebas have a cool style, but they’ve got talent as well. No longer can we refer to these guys as “up-and-coming”. They’ve fully arrived, and no doubt they rate as one of the best punk bands going today. Don’t mess with the