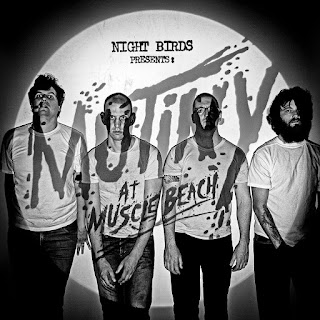 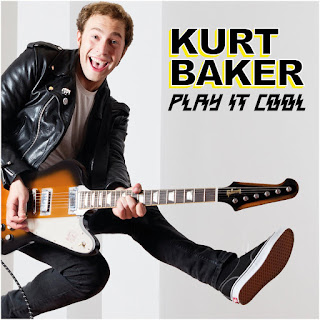 Well, it's that time of the year again! We are coming fast towards the end of 2015, and we can look back at yet another wonderful year of punk, garage, and power pop LPs!

It has always been hard for me to limit my favorite albums of the year to just ten titles. I probably heard at least 25 LPs this year that I considered to be top ten caliber. But forced with the task of identifying the absolute cream of the crop, I've come up with a top ten list that I'm really happy with. But don't take my word for it. I've included Bandcamp links so you listen for yourself! On to the list:

10. Hakan - self-titled
This one seemed to fly under a lot of people's radar, and that's a shame. Great power poppy garage punk from Italy featuring Andrea from The Snookys. An essential purchase for fans of The Kidnappers and Marked Men.


7. Party Lights- I See The Lights
Garage and girl-group influenced power pop greatness from New York City. If Blondie, Cheap Trick, and The Knack had been one band, they would have been Party Lights!


5. Ryan Allen- Heart String Soul
Indie rock vet Allen (Thunderbirds Are Now!, Friendly Foes, and Destroy This Place) embraces his power pop side on this brilliant solo effort. This very personal and autobiographical record will turn you into an instant fan.  "Angela '97" is pretty much the best song ever.


4. Night Birds- Mutiny at Muscle Beach
For their first release on Fat Wreck Chords, Night Birds step up the power and aggression and turn out a raging hardcore punk album that will leave you breathless. This is the band's third appearance on one of my year-end top ten lists. I'm pretty sure that's a record.


3. The Connection- Labor Of Love
The best Connection album yet - executive produced by Andy Shernoff! Referencing everyone from Chuck Berry to the Beatles to the Stones to the Ramones, Labor Of Love is all killer, no filler! Anyone claiming that real rock n' roll no longer exists should seek out this title immediately.


2. Kurt Baker - Play It Cool
Recipient of my 2012 album of the year honors, Kurt Baker (along with his songwriting collaborator Wyatt Funderburk) nearly did it again! In fact, Play It Cool is probably an even better record than Brand New Beat. In almost any other year, it would have been #1 with a bullet.


1. The New Trocaderos - Thrills & Chills
It's a full podium sweep for The New England Mafia! I've known for a while that The Connection, Kurt Baker, and The New Trocaderos had the top three locked down. The only thing I had to work out was the order of my selections. So I locked myself in my study and listened to all three albums on constant repeat until I was ready to render a decision. It came down to this: Thrills & Chills is the strongest front-to-back rock n' roll album I've heard in a whole lot of years. Every song is a hit! And while The Connection and Kurt Baker are both amazing on their own, it's like chocolate and peanut butter when you put them together! Kudos to Michael Chaney for the creative vision and incredible songs!


Special honorable mention goes out to The Disconnects' Wake Up Dead - which was technically a late 2014 release. Had it been officially released in 2015, it would have made my top ten.