Black Flag or The Circle Jerks? 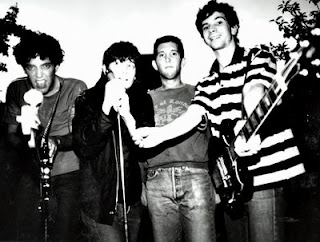 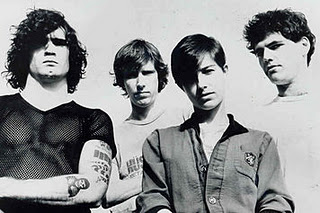 Continuing along epic lines, how about a band battle that’s positively hardcore?! Sometimes I propose these throwdowns and kinda think I know how they’ll turn out. But this one is a total mystery to me. I can’t even begin to guess who’s gonna take it. We’ve got THE two preeminent hardcore bands facing off. Someone could get hurt! Both helped define hardcore punk as we know it. Both made some classic records and some not-so-classic records. Both featured Keith Morris on vocals at one point. We’ll call this Battle Keith. It’s so close. 51 percent of me is leaning one way, and 49 percent is leaning the other. Black Flag, especially the early stuff, cannot be fucked with. But the C.J.s’ Group Sex, man, that might be the one album that best epitomizes hardcore punk for me. Wow. This is difficult! By the slimmest of margins, I’ll give it to the Circle Jerks! There's nothing quite like cranking up Group Sex to ear-shredding volumes on a day when I'm pissed off at the world and jonesing to punch someone in the face.
Alright, then, my friends! The power is in your hands. Vote early and often!
- L.R.
Posted by Lord Rutledge at 1:05 PM

By the way, "OFF! is better than both bands" is not an acceptable response. Thank you for playing.

By a slim margin, Black Flag.

I waxxed on this on BAG..

If I am thirsty and miserable....Black Flag.

If I feel like taking a golden shower.....Circle Jerks.

First of all both bands turned to crap after their first couple of records, but I would have to say that the Circle Jerks are better because their first record Group Sex is quite possibly the best hard core punk record ever, & if I had to sit through the later material by one of these bands I would rather make it the Circle Jerks, because Black Flag's horrible material is not even listenable, while the Circle Jerks is just mediocre... this is not meant to take away the importance of Black Flag. As someone that has played in punk rock bands I will always be thankful to BF for helping lay the foundation of the D.I.Y. network!