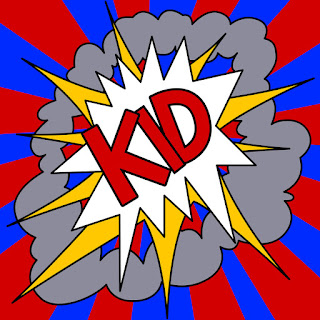 The main reason I do this blog is to turn people onto bands they might like. But sometimes it works the other way around where you all help me discover great music! It was Justine Covault who sent Kid Gulliver in my direction, and right away I knew this was my kind of band. In fact, I'm kind of embarrassed that I've been unaware of this group for so long! This is so my cup of tea! Kid Gulliver has been releasing music since 2014 and plays a brand of power pop that's inspired by bits and pieces of '60s pop, '70s punk, '80s new wave, and '90s alt-rock. This band features some well-established players in the Boston rock scene such as guitarist/songwriter David Armillotti (Cookiecutter Girl, Hall Of Mirrors), lead singer Simone Berk (Sugar Snow), and bassist Eric Otterbein (The Deep State, Low Frequency Situation, The Composites). The group recently released a new digital single called "Susie Survived Chemotherapy" that was co-written by Armillotti and Berk. This is a really terrific pop song driven by a melody you'll have a hard time getting out of your head. I dig the nicely contrasting punchy rhythm guitar and melodic leads, and Berk's vocal is sweet, likable, and absolutely perfect for the song. I'm always a sucker for a song that tells a story - especially one like this that takes some dark subject matter and manages to fill it with hope, empathy, and ultimate triumph. And don't we need more of all of these things in the world? As Boston Groupie News so astutely put it, "This should be on every radio, if only radio were good."

In the wake of hearing "Susie Survived Chemotherapy", I've also been spending some time with Kid Gulliver's 2018 EP Spree and finding that I like a whole lot. "Forget About Him" has a distinctive early '90s Boston alternative rock feel to it, while "I Like Your Hair" splendidly blends Armillotti's songwriting aesthetic with Berk's dream pop influences. Both of the band's EPs are $4 downloads from Bandcamp, and "Susie Survived Chemotherapy" is available for one dollar. I am excited to hear more and very thankful that Justine put this band on my radar!