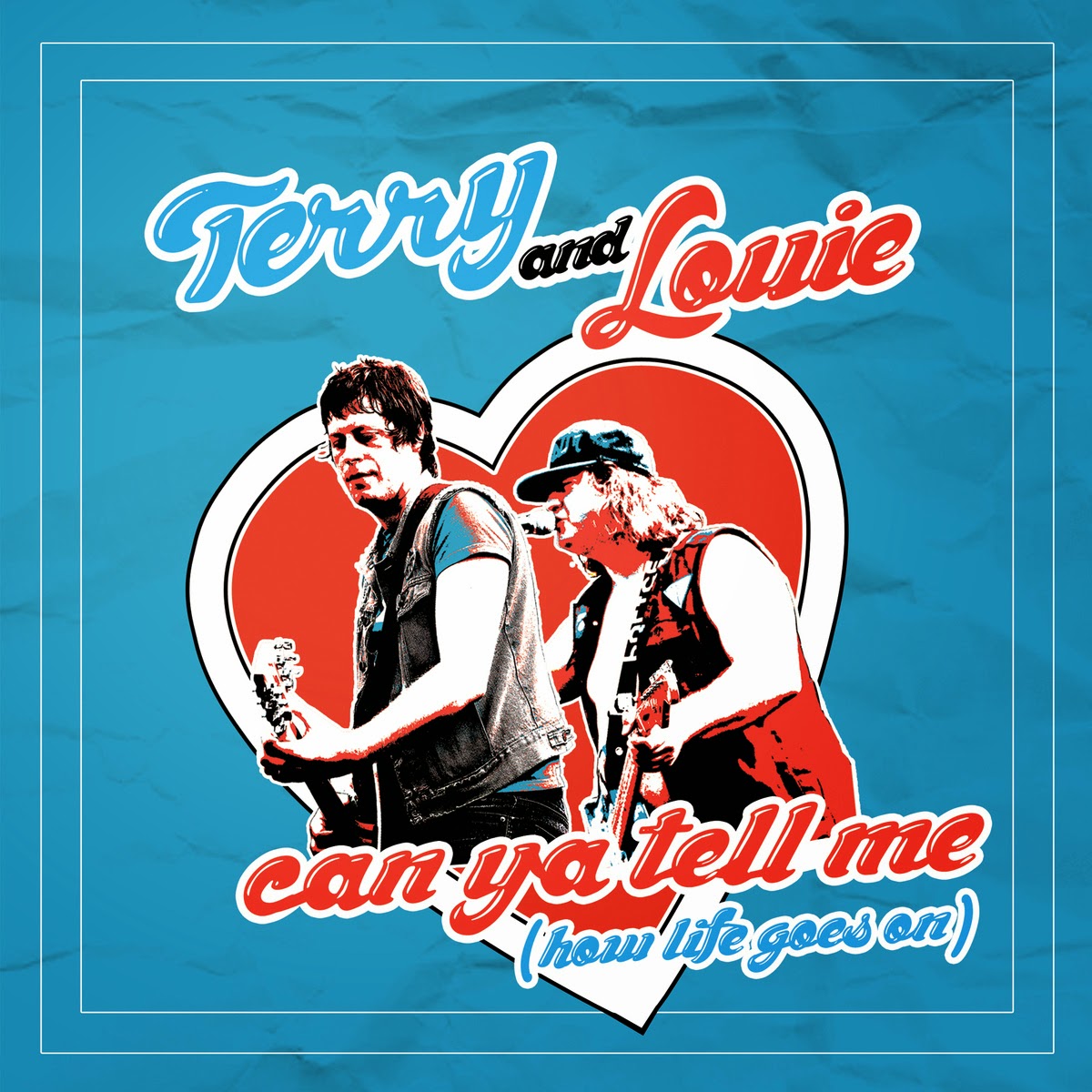 Yeah baby! The second Terry and Louie single has arrived, and it's every bit as awesome as the first one! "Can You Tell Me? (How Life Goes On)" is the follow-up to last year's great "(I'm) Lookin' For A Heart" single on Terry's own Tuff Break Records. It comes from the same recording sessions and again features guest drummer Garett Goddard (King Tuff, Personal and the Pizzas, Girls) working with these two former Exploding Hearts band mates. Channeling early '70s glam rock via Nick Lowe/Dave Edmunds trad rock n' roll, the title track couldn't be any catchier. That hook is worth its weight in gold, and in my mind I can't help picturing an arena packed with fans singing along to every word. The song is just fun! In terms of both the songwriting and the guitar playing, this tune is classic Terry Six. I'm reminded quite a bit of both of his former bands, and it's an absolute joy to have this talented performer back on the scene. That guitar solo is hot!

On the flip, we move from vintage Terry to vintage Louie. "Daze Gone By" is a short, jangly number that crams three minutes' worth of hooks into 87 seconds of power pop bliss. It could almost pass for a Missing Monuments outtake that turned into something more with Terry's input. This punchy little tune definitely leaves me wanting more, but by no means does it feel incomplete.

Terry Six and King Louie Bankston are two of my favorite people in music, and as a duo they bring out the best in one another. If I had any "complaint" about this single, it would be that two songs are just not enough! But fear not: we have not heard the last of Terry and Louie. Word on the street is that a full LP is currently in the works - which I'm already penciling in as my album of the year favorite for 2016!