A killer LP from Line Traps! 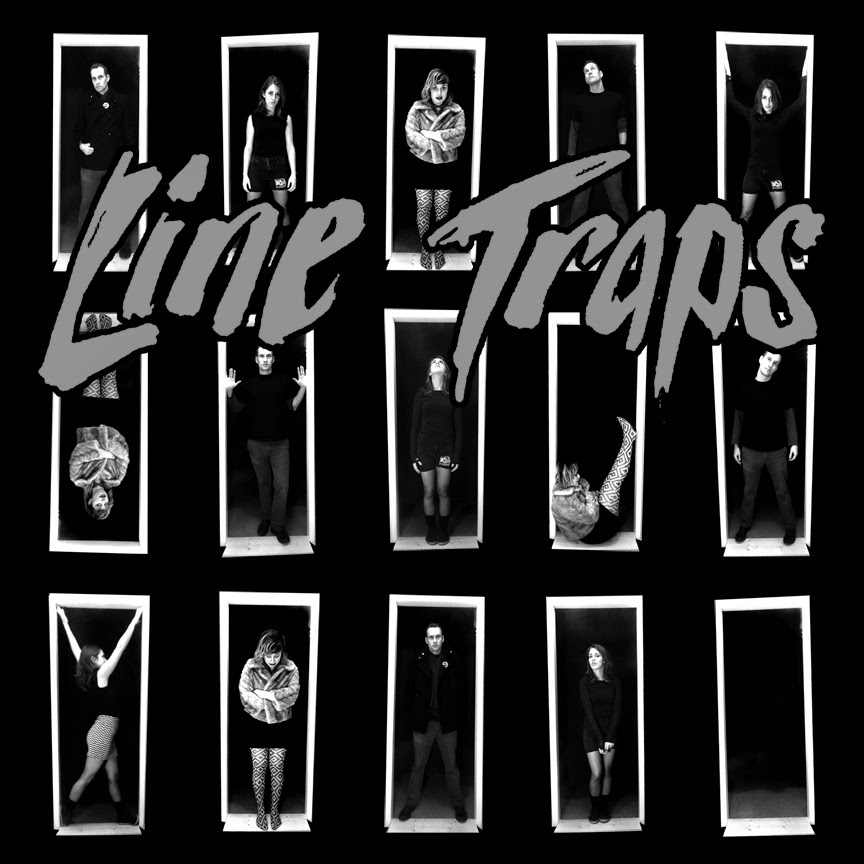 When a band introduces itself as "a 40-year-old guy who grew up on '80s hardcore, bargain punk records, and '90s garage with two fresh-faced 23-year-old girls who love all that shit too", I know my ears are in for a royal treat! And so we have the mighty Line Traps out of Victoria, British Columbia - a trio reviving the garage punk by way of Angry Samoans stylings of pre-millennium greats like Loli and the Chones and Zodiac Killers. On its 12-song (one-sided) debut LP, this band comes hard and fast with a perfect blend of ferocious hardcore punk and trashy garage goodness. With songs mostly in the 1-2 minute range, each track is a quick burst of attitude and aggression. At no point do Line Traps find it necessary to slow things down or stretch the ambitions of their songwriting. Instead it's one ripper after another - with songs so good you'd swear you heard a few of them on an old volume of Killed By Death. You may know singer/guitarist T. Depression from his one man band The New Krime. Line Traps are essentially the full band version of The New Krime - with Poly Ethylene (bass) and S. Pressure (drums) comprising the consummate trash punk rhythm section and hands down the coolest backup vocal tandem I've heard in years. Furious cuts like "ShockAppeal", "She's Electric", and "Mannequin" have me constantly checking to make sure I haven't time traveled back to the late '90s.

What a record! Even with all the great stuff out there right now in the punk/garage world, I've really been missing simple, snarling punk music like this. Maybe Line Traps will inspire a new movement. Or perhaps they've given us a debut album so good that no one will bother trying to top it. The "best band in Canada" conversation looks to be getting even more complicated!