Christmas with The Connection! 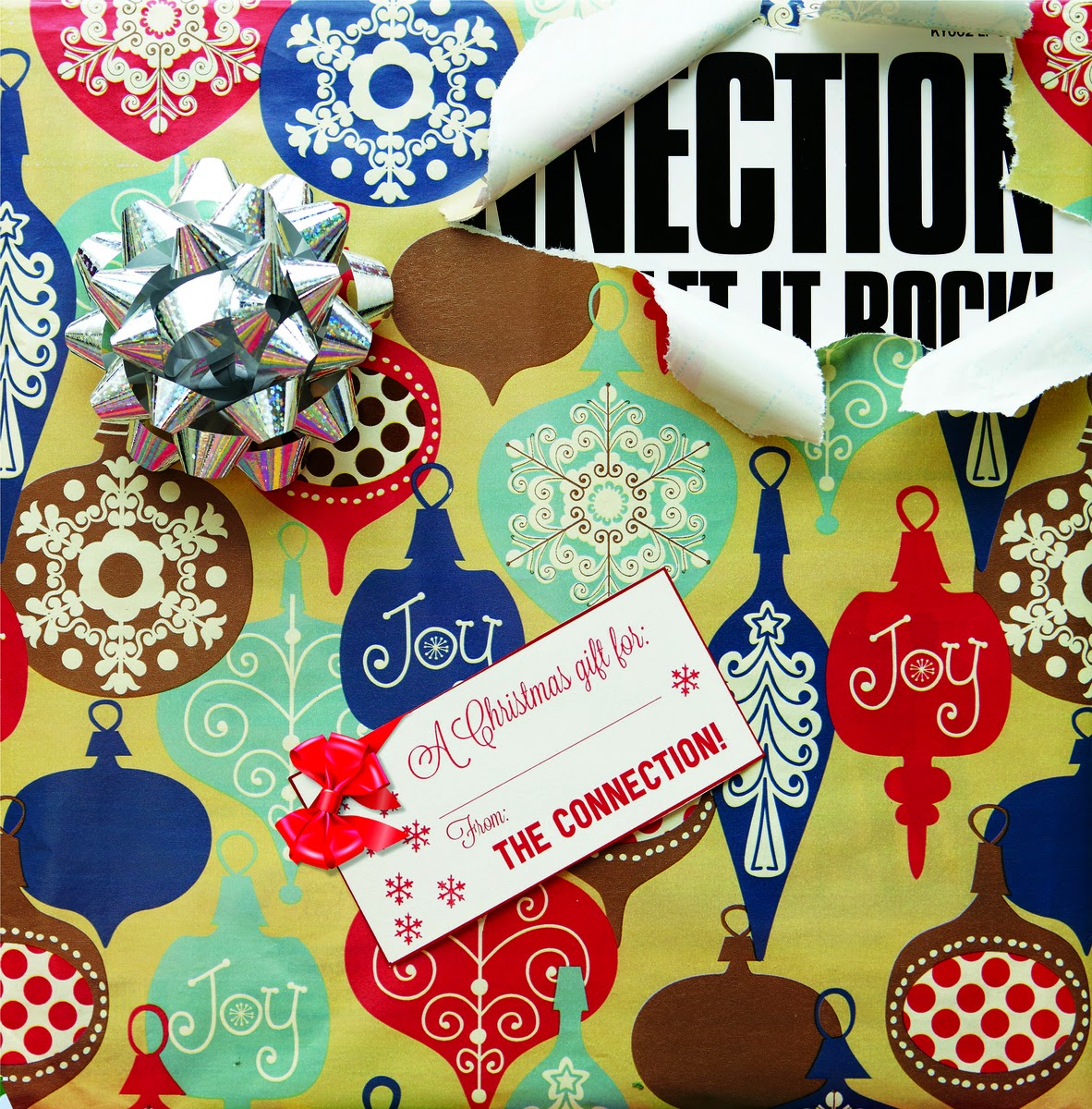 Now it begins! Thanksgiving night is when I traditionally kick off my Christmas season. I pour myself a pint of Tröegs Mad Elf, break out The Dean Martin Christmas Album, and put up the tree. If I'm feeling my oats, I'll put on a Santa hat as well. Christmas music is a guilty pleasure of mine, although I generally avoid all of the Yuletide-themed recordings of contemporary artists. And by "contemporary", I mean anything after 1970. All jokes aside, The Connection have given us A Christmas Gift For - literally the best Christmas album in 40 years. Unlike the has-been yacht rockers and flavor of the month industry shills that turn out phoned-in holiday collections to the collective groan of the earth's populace, The Connection is a great rock n' roll band at the peak of its creative powers. A Christmas Gift For is crafted in the spirit of all the classic Christmas albums. But musically, it's completely true to what The Connection is all about - and thus an essential purchase for anyone whose favorite Christmas songs are by Chuck Berry, the Beach Boys, and Ronettes.

Sticking to their infectious blend of the British Invasion, bubblegum, garage rock, and the Ramones, The Connection have made a Christmas album that's genuinely up to the standards of the rest of their recordings. One highlight has to be "I Feel Fine (It's Christmas Time)" - which the band co-wrote with the legendary Andy Shernoff. How often do you get the chance to collaborate with one of the greatest songwriters who's ever lived? And the result is no disappointment! There's one naughty little lyric in there that might prevent this song from being embraced by the more mainstream outlets. But otherwise, this sounds like an instant holiday classic - celebrating annual family traditions and the joy of being in love at Christmastime. I hope they save me a slice of that Christmas pie! The equally upbeat "The West Coast" offers a sunny beach pop counterpoint to all the usual odes to sleigh bells and snowfall. And "Rock N Roll Christmas" is a song that just about any reader of this blog will relate to. Why ask for toys when what you really want Santa to bring you are some rock n' roll records?!

What ultimately makes A Christmas Gift For a superior holiday album is that it's not all good cheer and happy times. What if you're alone and miserable at Christmastime? What if you have a lady friend who thinks the true meaning of Christmas is you spending lavishly on her? What if Santa drank a little too much and was a day or two late in his deliveries? "Christmas Bells Are Ringing", "Money, Honey, Baby", and "Better Late Than Never" address these questions and contribute to a well-rounded Christmas album experience. And "Poor Boy" sticks up for the kids who aren't fortunate enough to enjoy the material rewards of the holiday season. It's another standout of the album - sounding like what "Father Christmas" might have been if The Kinks had attempted it a decade sooner.

I think I prefer older Christmas music because it reminds me of a more innocent time in our world. For that very same reason, The Connection is one of my favorite bands. While holiday-themed collections are not for everyone, I would say that A Christmas Gift For will delight the majority of The Connection's followers. Just as importantly, I think this album will end up bringing the band a lot of new fans - many of whom will be pleasantly surprised to discover that The Connection have a substantial back catalog of amazing music. I don't envision pushing Dean Martin out of the picture. But I'm definitely going to make a place for The Connection in my annual holiday ritual.