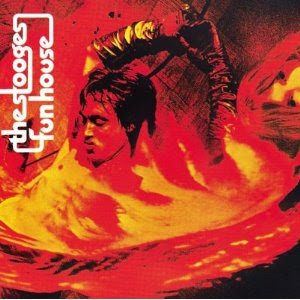 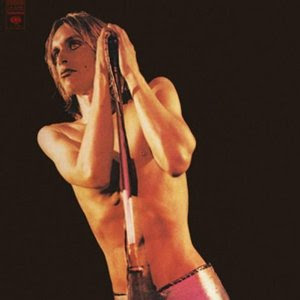 One of them is quite possibly the greatest rock n' roll album ever made. The other is quite possibly the second greatest rock n' roll album ever made. But which is which? If you're going to listen to The Stooges, do you usually reach for Raw Power? Or do you prefer Fun House? Do you get your kicks off of "Your Pretty Face Is Going to Hell", or does "1970" fire up your soul? Are you a James Williamson mind-blowing metallic noise guy, or do you go in for the minimalist proto-punk guitar pounding of Ron Asheton? Lord knows that the Raw Power Stooges were a destruction machine on a wholly unprecedented level. Yet there's something about The Stooges in their infancy that's almost more dangerous. They could barely play, they could barely hold it together. But man oh man, they set the world on fire. If "Search and Destroy" was a neutron bomb launched by a diabolical super villain, "Loose" was a scud missile assembled from junk parts by a rag tag bunch of degenerates. Raw Power made punk rock possible. But didn't Fun House make Raw Power possible? Perhaps Raw Power would be the slam dunk winner if it hadn't been so woefully misproduced. And surely there are some of you who'd tell me that The Stooges' first album ought to be under consideration as well. I wouldn't debate the point. But for the purposes of today's exercise, the question remains: Fun House or Raw Power? Pick your poison!

I love both, but "Raw Power" is my pick.

"We Will Fall" has to be their worst song. Agree?

Current voting as of last night:
Raw Power 4, Fun House 0. I have yet to cast my vote.

It's close but I will have to go with Raw Power but it does not contain "TV Eye".....so mark one for "Fun House"!

Funhouse- too much to deny

Fun House is on the board! It's a party!

Fun House for sure! sutch a great record! more of a wild jazz feel!

No way. That song makes their album what it is and it would have a completely different vibe without it

Fun House for me. For you Raw Power people, which mix do you dig?