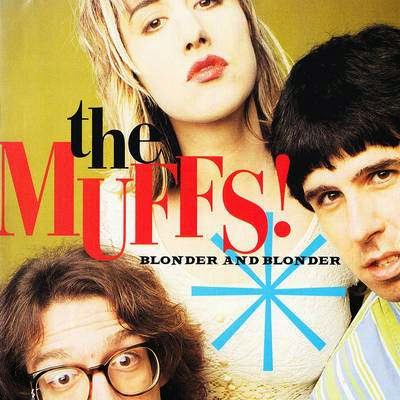 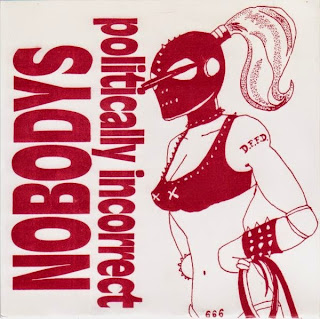 These 20-year flashback posts are always a lot of fun, but this one has been especially enjoyable to prepare. 1995 was the year I got my start in the record-reviewing racket. And while my brief "retirement" circa 2008-2011 precludes me from truly saying I've been in the zine/blog game for 20 years, I feel a special nostalgia now that we're exactly two decades removed from 1995.

I came upon the punk world a little differently than the typical person. I grew up on classic rock and metal and did not, as a teen, have much awareness of any music outside of the mainstream. That very much changed in the wake of Nirvana mania, and the latter half of my college years were largely spent in vast explorations of this new and exciting world of indie/alternative/underground music. I read every alt-rock rag I could get my hands on and bought all kinds of new music without any regard for specific sub-genres. Some of it I liked, and a lot of it I didn't. And after a couple years of trial and error, it became obvious to me that the punk stuff was what really spoke to me. So much of what was passing for "alternative" music struck me as a little too high-brow or just simply not my taste. But punk rock was pure simplicity and excitement, and I just loved the way it mixed a primal aggression with catchy songs you could sing along with. I knew this was my music. And while I didn't particularly care for the offerings from the bigger punk labels like Epitaph and Fat Wreck, the underground pop-punk scene and nascent '77 punk revival were so exciting to me that I was inspired to start spreading the gospel via the printed word. These were exciting times to be a fan of punk music. You'd see an ad or a review in Maximumrocknroll, stuff some cash in an envelope, and wait by the mailbox for 2-3 weeks anticipating the arrival of your prize. There was never any guarantee that you were going to love every record you bought, but there was always that thrill in taking chances on bands and labels that were entirely unknown. As I look at my list below of the best punk rock records of 1995, I realize that I had not heard of most of these bands prior to that year. And it should also be noted that many of these bands became longtime favorites of mine. That's what I mean when I say that 1995 was my 1977.

12. The Loudmouths - self titled
Straight from the band bio: "In the hell for leather tradition of three-chord sleaze n' roll, The Loudmouths spit out angst-ridden, feline-charged power trash and booze-soaked thrash that taps into the energy of early '80s hardcore and leaves behind a trail of blown ears and broken beer bottles." Yeah, that pretty much sums it up! Two decades later, Dulcinea is still going strong with Midnite Snaxxx!

11. Green Day- Insomniac
I always liked Green Day and never particularly cared whether they were "punk" or not. My first "big move" in the zine world was to make it clear that I did not side with the punk purists and anti major label zealots who made a sport out of bashing Green Day in the mid-'90s. My favorite Green Day albums are still the first three, but I'd put Insomniac in a dead heat with Nimrod for fourth.

10. Trash Brats- The Joke's On You
The glam-punk thing was still a few years away from really catching on, but in 1995 the Trash Brats were already longtime fixtures in Detroit's rock n' roll underground. With its perfect marriage of Cheap Trick and the New York Dolls, The Joke's On You was perhaps five years ahead of its time (or maybe 18 years behind it!). Either way, this album is a true classic of its form. If "Downtown Nowhere" doesn't make you happy to be alive, there's probably no hope for you.

9. Riverdales- self titled
Say what you want about old Ben Weasel, but this album is a fine example of what Ramones-core is supposed to be.

8. Electric Frankenstein - The Time Is Now!
Electric Frankenstein was one of the bands most responsible for reviving "old school" punk in the mid-'90s. Released on the heels of several outstanding singles, this monster collection combined the aggressive guitars of Detroit rock and Aussie punk with the snarl and sleaze of bands like the Dead Boys. Over the years a lot of bands would come on the scene with their own blends of hard rock and punk, but nobody did it better than E.F.!

7. The Queers- Move Back Home
If it seems like The Queers put out a great album every year between 1993 and 1996, that's because they did! Absolutely the greatest pop-punk band of the '90s.

6. Boris The Sprinkler - Saucer To Saturn
Still the Boris album I'm most likely to listen to. Fave tracks: "I Wanna Get To Third Base With You" and "Superball Eyes".

5. Motards - Rock Kids
A true classic of down-and-dirty drunken garage punk awesomeness. Then, as now, Austin had it going on.

4. U.S. Bombs- Put Strength In The Final Blow
When I think about '90s punk rock and why it ruled, the Bombs are always one of the first bands to come to mind. They put their own So Cal spin on the classic '77 sound and consistently made great albums. I don't think they fully hit their stride until War Birth, but I do love the pure rawness of this debut LP.

3. The Muffs- Blonder And Blonder
In my personal experience, the debate as to whether the second Muffs album is better than the first Muffs album has led to many shouting matches and late night brawls. I still think the self-titled album is just a little bit better overall than Blonder And Blonder. That said, I will say that side one of Blonder And Blonder is as good as any album side I've ever heard. It still boggles my mind that this album was on a major label at the absolute peak of the alternative rock craze and still couldn't get a lick of radio support. What kind of clueless fucktard actually thought that Jars Of Clay or Dishwalla were more worthy of airplay than The Muffs? No wonder the "music revolution" failed!

2. Oblivians - Soul Food
Without question one of the most important and enduring artifacts of '90s garage punk, Soul Food managed to throw The Stooges, Sonics, and Killed By Death comps into a blender with the traditional sounds of Memphis to create a musical concoction unlike anything the world had ever heard. A masterpiece of wild and trashy rock n' roll.

1. Swingin' Utters - Streets Of San Francisco
The Utters in the mid-'90s were pegged as modern disciples of The Clash and Stiff Little Fingers, and to a certain extent that was true. But they were so much more than that. Their songwriting (largely by guitarist Darius Koski) took some influence from traditional American genres like folk and bluegrass. And lyrically, the band was surprisingly poetic for a group so often pigeonholed as "street" punk. In more recent years, the Utters have more overtly embraced the sounds of Americana. But circa Streets Of San Francisco, they were still incorporating the spirit of those influences into a straight-ahead punk rock sound. Streets Of San Francisco is fiery, passionate, and hands down one of the best punk LPs of the 1990s.

As good as the LPs were in '95, the EPs and singles are what I recall the most fondly. A top ten would be insufficient - so here's 20!

Honorable Mentions:
Teen Idols/Mulligan Stu split 7"
The Rehabs- Here Come The Rehabs
Grieving Eucalyptus- Johnny Made Me Do It

Of course the above lists don't even begin to summarize the wide variety of punk music that came out in 1995. But they do give you an idea of what I was listening to in '95 and why I might have been inspired to start writing about music. I didn't really start getting into garage punk until a couple years later. But when it comes to the '77 and pop-punk stuff on these lists, I pretty much bought all of it when it was new. And if it seems my tastes haven't changed a whole lot in 20 years, I'd say that's very true!