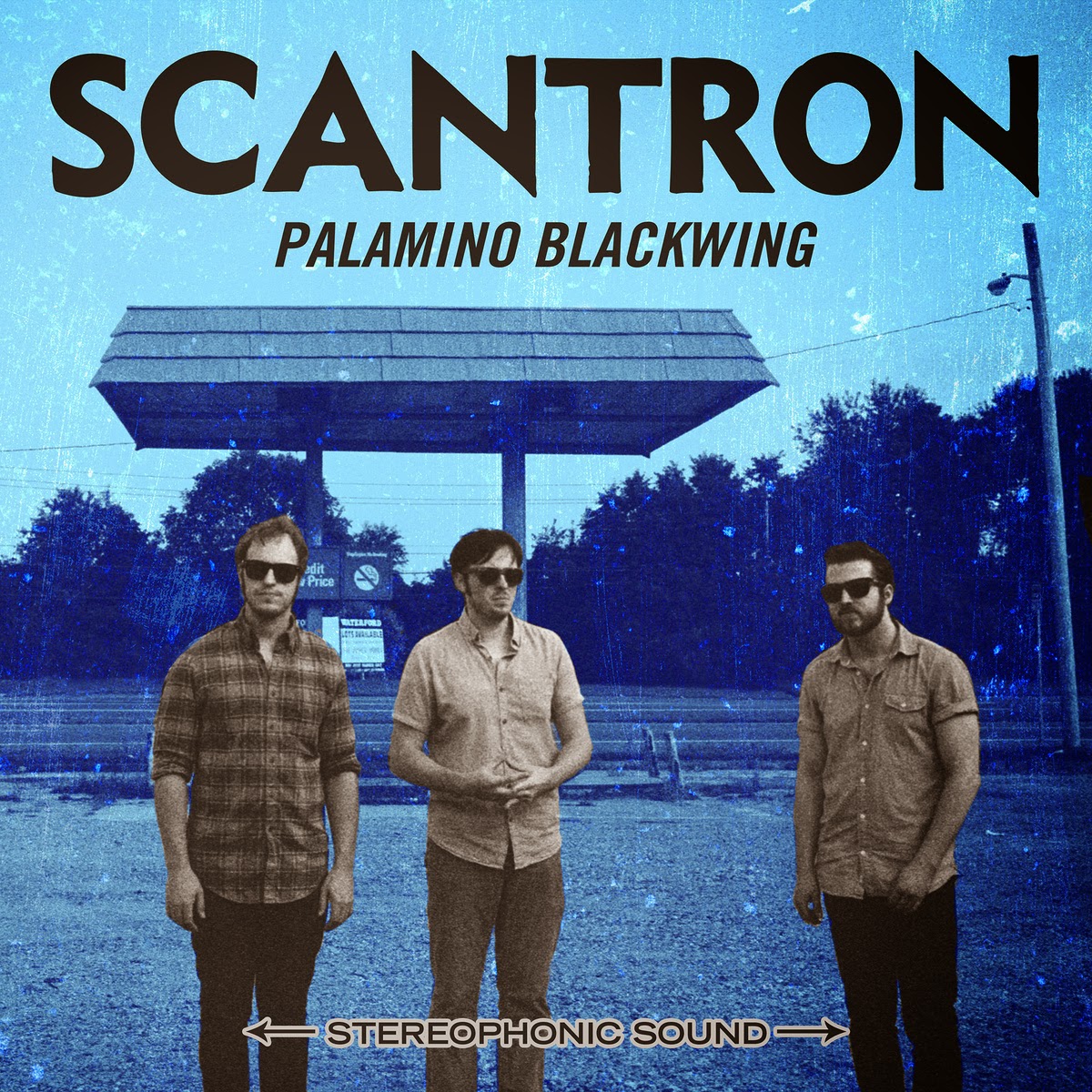 Scantron - a truly excellent band from Delaware - should not be confused with Scranton, Pennsylvania - birthplace of Delaware senator turned Vice President Joe Biden. Keep this in mind when conducting Google searches. Sometimes spelling makes all the difference. And while I do, as a lifelong resident of the Keystone State, have a certain fondness for the great city of Scranton, at this point I'm more about Scantron. The Bear, Delaware trio recently issued its second EP Palamino Blackwing - an all-analog mash-up of R & B, soul, and '60s garage rock that's been getting steady airplay in my man cave for over a month. This thing is flat-out hot! And considering that I spend half my time listening to punk and rock n' roll and the other half listening to classic soul, it's pretty awesome to hear a band combine both so successfully.

Scantron is Jimmy Scan, Billy Tron, and George Murphy (from Randy America's Pike Creek Pinups and the almighty Keefs!). The band has gigged extensively throughout the Northeast, and that really shows in its music. You can tell that these three are seasoned veterans of the bar/club scene. Although if I didn't know any better, I would have thought you were talking the bar/club scene circa 1966! "Am I Wrong" is a jangly mid-tempo shaker that will have you tapping your feet and humming along. But it's "Sad Parade" that really shows what Scantron is all about- mixing fuzzy guitars and driving organ with a knockout chorus that brings to mind Motown Records and '60s girl groups. In the way that classic garage and soul influences come together with timeless pop songwriting, I can't help but be reminded of bands like the Reigning Sound. "Sad Parade" is a stone cold hit! And I love that duel organ/guitar solo!

On the heels of "Sad Parade", Scantron proceeds to bring it home in style. "As Long As There's Enough" is throwback Stax soul replete with a full horn section - and hearing the production you'd swear this track was recorded with some big shot producer at a major studio. It just sounds so good - a tribute to the band's excellent self-production and a fine mastering job by Paul Leavitt at Valencia Studios in Baltimore. And then "Shot Down" is a GREAT cover of The Sonics' 1965 B-side! If The Sonics took the inspiration of Little Richard and transformed it into proto punk rock, here Scantron takes a Sonics classic and makes it sound like a vintage Little Richard cut! Certainly back in the golden age of rock n' roll and R & B, cover songs were an important part of just about any band's repertoire. It's great to see Scantron keeping that tradition going!

With a lot of garage/soul bands, there seems to be more emphasis on the former element than there is on the latter. But Scantron has the perfect mix of garage and soul. And while they've got the formidable bar band chops you want from a live rock n' roll unit, they add a songwriting prowess and stylistic authenticity that set them apart on record. Whether you're into today's garage scene or are an old school soul freak like me, this is a band you've got to check out!