Look out for Ruleta Rusa! 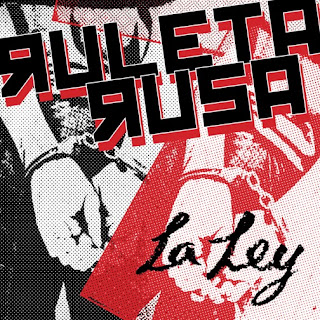 With their Spanish lyrics and fast & ferocious attack, San Francisco’s Ruleta Rusa will remind many of legendary hardcore outfits like Los Olvidados and Sick Pleasure. But Ruleta Rusa are no revivalists. They combine that old school skate-punk vibe with a snarling ‘77 punk rock n’ roll style to create a sound that’s all their own. The band’s debut single, “La Ley”, was released on Mexican Independence Day by the always on point Modern Action Records. And for sure, the thing flat-out kills. Pow! I love 7” records like this: two songs that both rock, and if you’re left wanting more you can just play it again! Jose of Peligro Social fame is on lead vocals. And although I have no idea exactly what he’s saying, he’s sure saying it with conviction! Damn! Basically this is just great snotty punk rock. Catchy, snarling, and hard-hitting, both numbers absolutely blast. The production is really outstanding and gives both of these tunes a raging muscularity to go with the attitude-drenched vocals. The rhythm section is on fire, and I love the integration of rocking guitar leads. We in the reviewing biz often get too caught up in classifying sub-genres and whatnot. But when it comes right down to it, there are only two words you need to describe Ruleta Rusa: PUNK ROCK. A formidable debut!