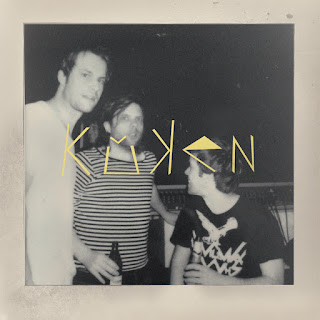 Look who's back! It was two years ago that I raved about Küken's fantastic debut LP. And now we gladly receive album #2, which is an absolute ripper. Küken is the latest musical incarnation of Chris and Philipp, the twins behind High School Rockers and The Kidnappers. Essentially Küken sounds like The Kidnappers minus any power pop influence. And while I loved The Kidnappers, Küken's nasty and fully stripped-down punk rock attack is every bit as satisfying to my ears. Like the first album, the new one is self-titled and mirrors its no-frills sounds with minimalist cover art. With no tracks exceeding two minutes, the band's m.o. is clearly to come out and hit you in the mouth over and over and over again. There's really no variation from the last album except that this set of songs is even stronger and discernibly darker. Knowing fully well that the simplest songs are usually the hardest to write, I really commend the twins for their perfection of the punk rock form. They are true believers in short songs using the bare minimum of chords. And they've just made their best album in over a decade. If you're feeling those urges that can only be satisfied by certified killer punk rock, this is the stuff you need. Drunken Sailor has the vinyl. Go get it!