Geoff Palmer - All the Hits and Some Other Shit 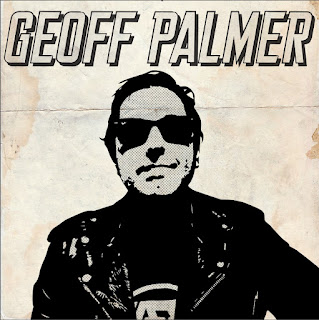 This will likely be the last proper review I write in 2018, and I can't think of a better way to wrap up such a fine year in music. This really has been the year of The Connection. The band released the brilliant Wish You Success -  its first new album in three years. On top of that, Brad Marino and Geoff Palmer both released a number of digital solo singles. Palmer released so many singles this year that I wasn't able to keep up! Luckily he has compiled them all onto a digital collection called All The Hits and Some Other Shit. For whatever price you choose, you get all eight (!) singles plus four bonus tracks. And let me tell you: this is not a bunch of throwaway stuff that Palmer released just for kicks. These are smokin' tracks! The name of the first single was "This One's Gonna Be Hot", and I suppose it isn't boasting if it's true! I've really enjoyed hearing Palmer return to his pop-punk roots with these solo recordings. Covering the likes of Sinkhole, The Invalids, and The Vapids, Palmer has made this project a veritable tribute '90s/2000s pop-punk. And on the terrific original "I Like Murder Too", he has written the ultimate anthem for all of us who are way too obsessed with true crime shows on television. Elsewhere Palmer shows off his power pop chops on the hilariously self-deprecating "Velcro Shoes" and indulges his '60s pop worship on the magnificent "That's What You Do". The latter brings to mind his stellar contributions to The New Trocaderos. If Palmer ever did a full album of Beatles/Beach Boys inspired songs, I would be SO into that!

Part of the fun of this project was Geoff Palmer allowing himself to record songs that might not have fit on a Connection release. On top of that, he had the opportunity to work with talented friends like B-Face and Adam Cargin. Perhaps he didn't set out to make one of the best albums of 2018, but that's sure what he ended up with! Whether you're a Connection fan or go even further back to Palmer's previous band The Guts, you would be crazy to pass up all of this pop and punk goodness!