LA Drugz: back and killing it! 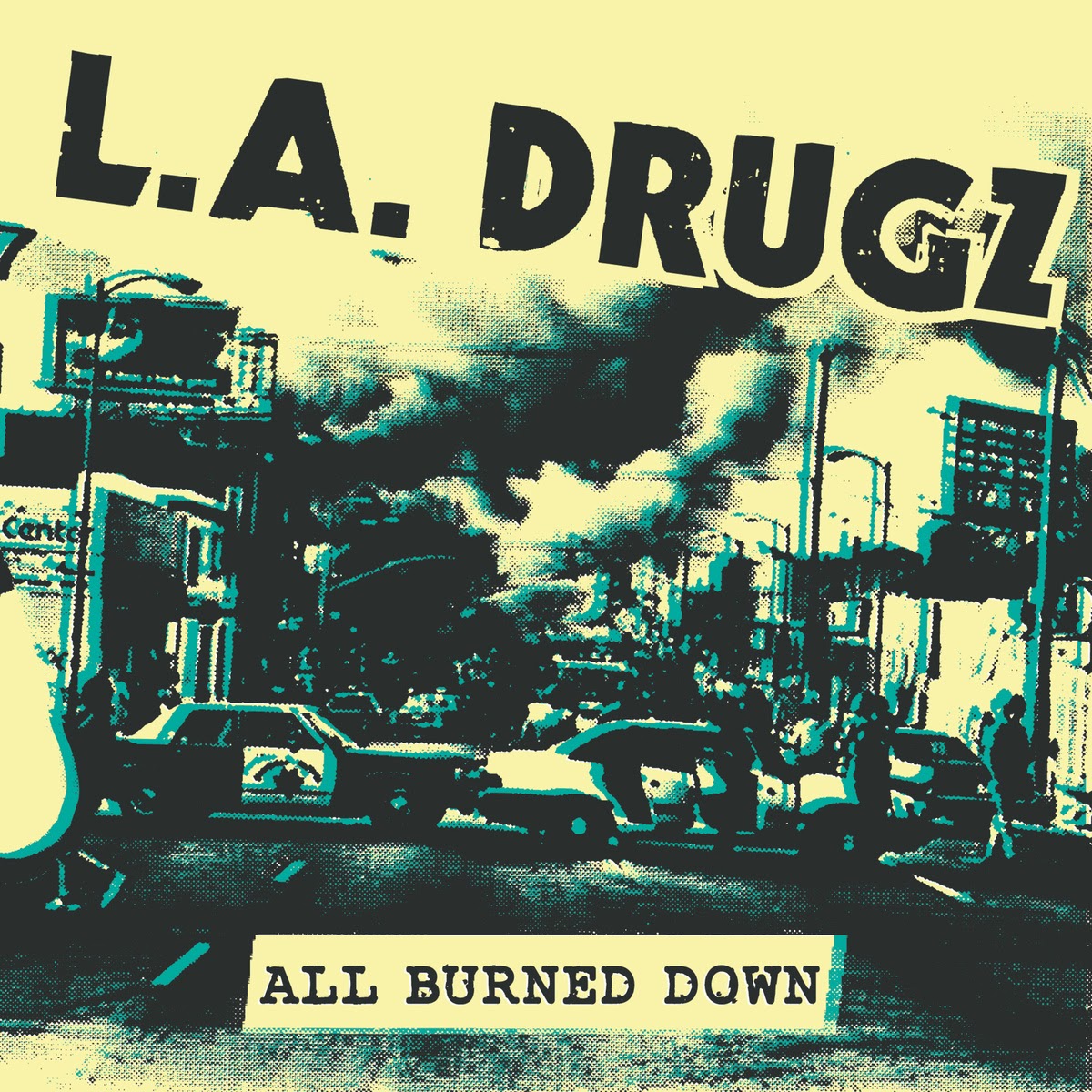 I love it when a band surprises me in an entirely delightful way. L.A. Drugz first burst upon the scene with the Outside Place EP - a stone cold power pop gem and my favorite overall release of 2013. Having waited over a year for a follow-up, I would have been completely happy with "more of the same". But "All Burned Down" is something quite different - and a clear example of a band fully coming into its own sound. L.A. Drugz are a band informed not just by particular influences ('60s garage and pop, late '70s/early '80s punk) but also by the rich musical history of Los Angeles. This is an L.A. band through and through, and I think that really comes across on this amazing new single.

"All Burned Down" is a new high point for L.A. Drugz - a stunning re-imagination of late '60s pop chock full of poignant lyrics and angular, modern guitars. Big, beefy bass lines work in tandem with highly creative guitar work, and that chorus is nothing short of majestic. Of course the hooks are plentiful, and I have to recommend this track to all fans of Justin Maurer's previous bands. But this is far from a Clorox Girls sound-alike. I can think of no other band right now that's making music that sounds quite like this.

On the flip, "Runnin'" is something new from L.A. Drugz: fast and furious punk rock. It's exciting to hear these guys put the pedal to the metal and just freaking rock out! Yet even playing with this kind of speed and urgency, the band doesn't forget about quality songwriting. The chorus is impossibly catchy, and this is a classic case of a song that's got way more going on musically than you might first realize. Just because a song is short doesn't mean it wasn't brilliantly constructed.

Having recently added Andrew Zappin (guitar) and Sharif Dumani (bass) to its lineup, L.A. Drugz may sound a little different on its next record. But as "All Burned Down" demonstrates, different can be good! I was so stoked to hear new music from this band. And now that the new single is finally here, I can't imagine it being more perfect.