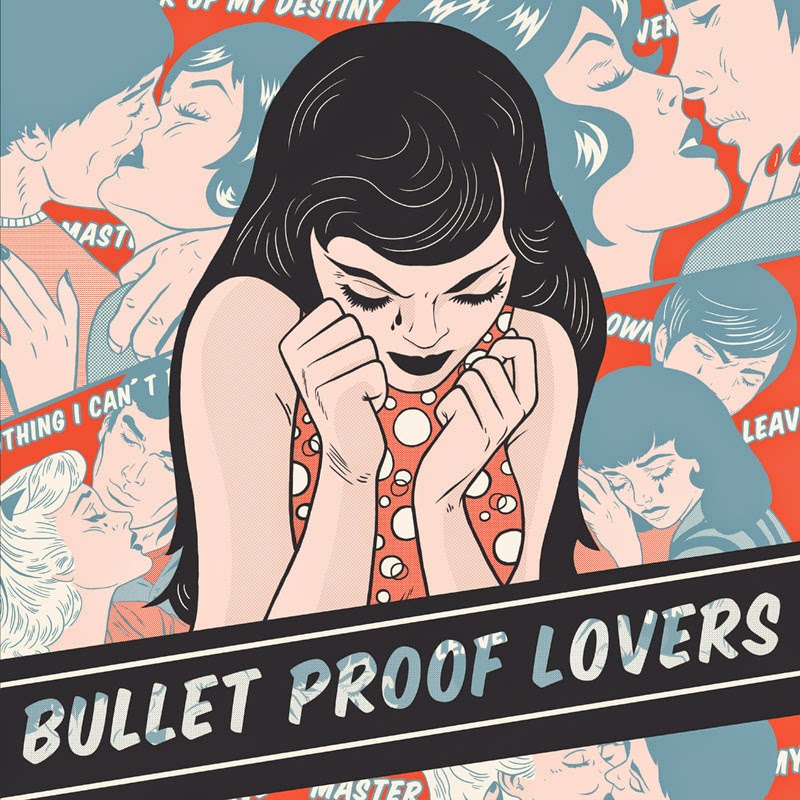 It seems like Kurt Baker is everywhere these days: cranking out Coolest Songs In The World, playing bass for Kris Rodgers & The Dirty Gems, co-fronting The New Trocaderos, singing duets with The Bat Bites...I'm pretty sure I just saw him scoring a touchdown for the Patriots and announcing a run for president. Now he's fronting Bullet Proof Lovers - a great new rock n' roll band out of San Sebastián, Spain. The band was formed earlier this year when Baker and some of his pals were bonding over a shared love for great rock n' roll. His friends happened to mention that they were starting a band but didn't have a singer. The rest, as they say, is history. Joining Baker in the group is a stacked lineup of experienced musicians. Guitarist Luiyi Costa (Txorlitöhead, Lolas Club), guitarist Juan Irazu (Discípulos de Dionisos, Gran Yate Especial), drummer Joseba Arza (Brigada Criminal, Señor No, Ladislao), and bassist Gonzalo Ibáñez (Nuevo Catecismo Católico, La Perrera) are all fixtures in the Spanish music scene. And if you know anything about the Spanish, you know they're crazy about rock n' roll. So it's no surprise that Bullet Proof Lovers sound like they could rock the roof off of every club or bar in the free world. And when you add in Baker's power pop sensibilities, it makes for a really cool blend of influences. Essentially Bullet Proof Lovers play a melodic brand of hard rock with a huge sound and huge choruses. What's not to love about that?!

Out now on Ghost Highway Recordings, the debut EP from Bullet Proof Lovers is a throwback to a time when it wasn't a sin to make fun music for people to play loud. This is the kind of record that you crank up while you're out with your friends on a Friday night in search of good times and pretty girls. And whether it's Cheap Trick influenced rock n' roll ("It'll Be Alright"), thundering arena pop ("She's Gonna Leave"), or a vintage Kurt Baker power ballad ("Breaking Down"), the hooks are god-like. And so are the guitar solos! Surely I'm not the only person who's listened to Kurt Baker in the past and wondered when he was going to inject his power pop skills into a full-on crusher of a rock record. Well he's done just that with Bullet Proof Lovers - and we are quite fortunate that fate brought this singer together with this band. And credit producer Wyatt Funderburk for capturing that big, clean, and punchy sound that this record totally deserved.

Whether you're a Kurt Baker fan or just someone who enjoys hard rocking music with melody, this debut EP from Bullet Proof Lovers should put a huge smile on your face. The song title "Never Too Loud" pretty much says it all. And that closing cover of Shrapnel's "Master Of My Destiny" is so joyfully anthemic that it will surely cause a lot of people to seek out the long overlooked music of Shrapnel. No doubt, these guys in Bullet Proof Lovers are tremendously talented. But just as importantly, they're fans of rock n' roll. And that comes through fully in their music. Turn it up and rock out!