Muck and the Mires, baby! 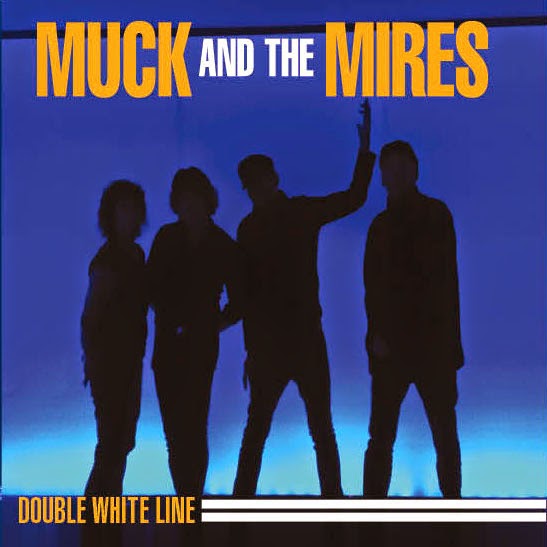 For over a decade, Muck and The Mires have been one of the world's preeminent garage/neo British Invasion bands. Poised to release a brand-new LP called Dial M For Muck, these Boston greats are back with a new single produced by living legend Kim Fowley. And while Muck and The Mires have never failed to deliver killer rock n' roll recordings, "Double White Line" is without doubt one of their finest releases to date. As you might expect, it could easily pass for a long lost prized 45 from the U.K. circa 1963-64. The title track, a punchy up-tempo rocker, is a teaser for the new album. B-side "Three Steps", exclusive to this release, is perfect melodious pop along the lines of early Beatles meet Road To Ruin era Ramones. Both tracks really highlight the qualities that make this band so good: amazing, true to the period songwriting and formidable musical chops. I love the way these two songs fit together: pure R & B/rock n' roll energy on the A-side, and pretty melodies to make the girls swoon on the flip. And if you're planning on buying the album and wonder whether the B-side alone merits picking up the single, I'd say that's a major affirmative. Only a true historian could hear this track and be able to tell whether it was recorded in 1964 or 2013. "Three Steps" is a staple of the band's live show, and of course an old pro like Fowley was dying to put his own stamp on it. The results are not disappointing!

Even by Muck and The Mires' lofty standards, "Double White Line" is totally top-notch. It's a double dose of awesome from one of the best bands out there. Get it from King Yum Records!

still a great 45 worth owning

Can't wait! You know these guys are one of my favorite local bands. WAhoo!!