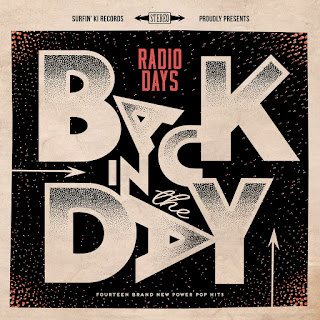 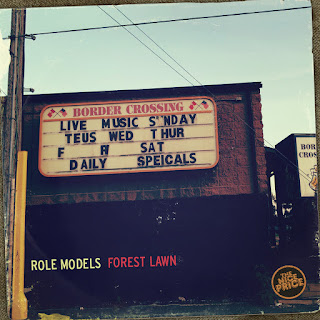 So this is the year it finally happened: I took a good, hard look at my best albums of the year list and realized that a top ten was not going to be adequate. There was such little separation between my first ten and my second ten that I decided to just go ahead and do a full top twenty. Unlike some years where a couple of records tend to dominate, 2016 brought an exceptionally high volume of excellent LPs. I could have made this a top 30 without any difficulty.

So let's get to it! This list reflects the high quality of punk, garage, power pop, and rock n' roll music being turned out by bands all over the world (eight different countries are represented!). I have provided streaming links where available so you can listen for yourself. Compilations, reissues, etc. will be recognized when I do my annual year-end post on Saturday.

20. Real Tears - Too Cool To Rock
Catchy as hell powerpop/punk from Sweden. Any band that writes a song called "Beersday" is sure to get all of my love.


18. The Steve Adamyk Band - Graceland
One of the finest and most reliable bands in the powerpop/punk world, doing what it does best.


17. Big Eyes - Stake My Claim
First album as a foursome, and of course it rocks!


16. Low Culture - Places To Hide
Another impressive showing from one of the most underrated bands out there. I promised not to overlook this album come year-end!


15. Watts - The Black Heart Of Rock N Roll
The greatest classic rock record of the decade.


14. Los Pepes - All Over Now
Supremely satisfying sophomore effort from "the loudest powerpop band on Earth"!


12. Lutheran Heat - Louder From The Other Side
If X had been re-born in the modern day as a rootsy garage/pop band...


11. The Hot LZ's - Aggravate My Mind
This one will be up your alley if you love The Humpers, Dead Boys, and Stooges.


10. Tommy and the Rockets - Beer And Fun And Rock 'n' Roll
Tommy and the Rockets are an international bubblegum/punk/rock n' roll supergroup featuring the talents of Thomas Stubgaard (The Lingertones, The Hitchcocks) and Michael Chaney (The New Trocaderos). If your musical sweet spot is the Beach Boys via the Ramones, Beer and Fun... is not to be missed!


9. Drakulas- Raw Wave
The best thing to come out on Dirtnap Records in quite a while.


8. Hakan - II
A rare case of the sequel being as good as the original. For fans of millennial era garage/punk/powerpop a la Marked Men, Kidnappers.


7. Beach Patrol- Eudaimonia
Longtime favorites of mine, Beach Patrol had my album of the year ten years ago and rated near the top again in 2016!


6. Role Models- Forest Lawn
The title is a reference to the neighborhood where Rich Rags grew up. The album celebrates all of the great punk, rock n' roll, and power pop music he discovered there. We are witnessing the ascension of one of our great modern-day songwriters.


5. Ryan Allen and his Extra Arms - Basement Punk
The quick sales pitch is that this album is Allen's homage to all of the amazing indie/alternative bands of the early '90s that led him to the world of underground music. What's so impressive is that these influences are melded so seamlessly into his introspective power pop style.

3. Nick Piunti- Trust Your Instincts
This sets the bar for "power pop for grownups". In what kind of lousy world is "One Hit Wonder" not a massive hit single?!


2. Pale Lips - Wanna Be Bad
This was my most highly-anticipated album of 2016, and it did not disappoint! Imagine The Shangri-Las singing for the Ramones with Chuck Berry on guitar.


1. Radio Days - Back In The Day
I've got to say that Pale Lips made a really good run at album of the year. But in the end, I've got to give it to Radio Days. Back In The Day does not attempt to be anything more or anything less than a classic power pop album. And I have not heard a finer specimen of the genre in several years.


So there you have it. I'll add that So What's Hard Gum would have been under serious consideration as well if it had been released just a little bit sooner. Honorable mentions go to the debuts from Indonesian Junk and Dark Thoughts!

Thanks Josh! Honored to be on such a great writer's list!

Stay tuned! Some singles and EPs will get their due on Saturday!