More from The Plain Dealers! 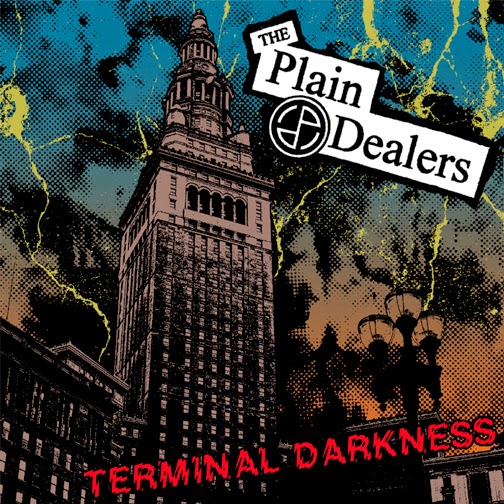 When I first came across the music of The Plain Dealers early last year, I was immediately taken with their snotty and ferocious old school punk sound. From the great city of Cleveland, these fellas give it to you raw and filthy with zero concessions to the last three decades of "progress" in underground music. And while there are a lot of bands around these days that are in some way informed by '77 punk music, The Plain Dealers are 100 percent the real deal. You could play "Terminal Darkness" for just about anyone and easily convince them that it was recorded 35 years ago. It was no surprise that No Front Teeth Records - maybe the best label out there - released the band's debut 7" and 12" in the U.K. The label quickly sold out of both titles, so now is the time to make your move on the unbelievably great "Terminal Darkness" 7". To call "Terminal Darkness" an "anthem" is probably a bit of an understatement! It's without doubt one of the classic American punk rock songs of recent years, and it's fortunate for all of us that NFT has released it as a single. Chic Dagger's vocals and lyrics are some of the most powerful I've encountered in a long time, and behind him is a band that flat-out destroys. The rhythm section is unstoppable, the guitars are on fire, and by the end of the song you will be waving your fist and shouting along like there's no tomorrow. In what it has to say about both one man's grim reality and the streets of Cleveland themselves, this is a song that makes a profound impression. I'm blown away!

B-side cut "Die With Me" is the perfect complement to the raging intensity of "Terminal Darkness". It's a gritty, epic slow burn with a truly anthemic chorus. Again, the subject matter isn't pretty - and that's precisely the point. The Plain Dealers walk these streets and live these songs. Like the city from which they hail, their music is tough as nails and not for the faint of heart. Rare are the bands that could come up with even one song this good. The Plain Dealers have delivered two on this record alone! Grab a copy of "Terminal Darkness" while you still can. In the States, you can order it from the band's web site. I believe the band still has a few copies of its first 7" and 12" as well. Go ahead: buy it all! And be on the lookout for "Don't Pull The Plug" - a new Plain Dealers 7" due out soon on NFT!

I wish someone would murder Brandon.