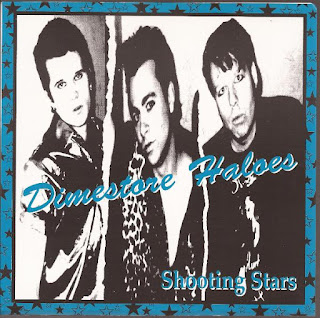 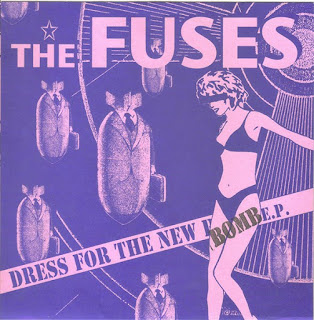 Although this blog exists ostensibly to promote "new" music, one of the fun things I've been doing is going back into the past and celebrating some of the bands and record labels that were around when I first started doing zines back in the '90s. One of the best labels of that mid-to-late '90s punk heyday was American Punk Records out of Baltimore. Run by Jakkpot lead singer Rudy "Rude A" Castello, A.P.R. released three Jakkpot singles along with seven-inches from like-minded bands such as the Candy Snatchers and Strychnine Babies. The label also released music by perhaps my three favorite bands of the '90s - the Dimestore Haloes, Fuses, and Prostitutes. If not as prolific or as long-lived as some of the other top punk labels of its time, American Punk was every bit as cool!

My personal story with American Punk Records starts in 1996 with a pair of singles by a Baltimore band called Webster. These were two of the best pop-punk singles of the entire '90s, but for whatever reason Webster didn't catch on with "the kids". But Webster would soon re-group as The Fuses, and the rest is history. Released late in 1997, The Fuses' debut Dress for the New Bomb still rates in my book as the best punk single of the entire '90s. And it came hot on the heels of one of The Prostitutes' greatest singles, Living Wreck. 1998 brought not only The Fuses' legendary full-length, I Wanna Burn, but also the classic Shooting Stars EP from the Haloes. Talk about a hot streak! American Punk Records would eventually cease operations after the breakup of Jakkpot, but no doubt the label had one hell of a five or six-year run. The label roster still reads like a who's-who of east coast/mid-Atlantic punk bands circa '95-2000. Some are rightfully perceived as legendary, and others probably should be (remember The Goons?). What follows is, I think, a complete list of official American Punk releases. If you happen to discover any of these titles in your travels, do not hesitate to buy!

I still cherish my FUSES records. Always will.

you ain't shit was probably the best punk record of the 90's and also it's true!! Lord R,contact me! thanks , Travis travoramo@yahoo.com

The Fuses and Jakkpot will figure prominently in my upcoming Lov(i)e Songs mix story. Both bands were purchased by her at Reptilian Records in B-More. That's like getting Snatchers 45s at Skinnie's in Nawfuck.