The Cry! make an album! 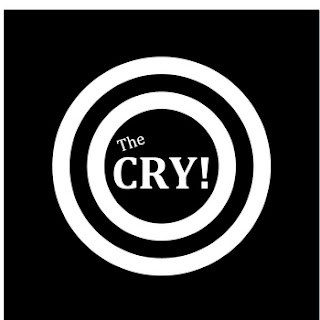 It's happened again. Having finalized my year-end top ten list in late December after months of thorough soul-searching and agonizing internal debate, I find myself wishing I'd waited just a few more days. The self-titled album from The Cry!, which I didn't hear until after I published my official top ten, would have surely made my top three! I've been championing The Cry! since I first heard them in October. They're one of my four or five favorite bands of the moment. And even with sky-high expectations, the Portland quartet's debut long player did not disappoint!

What I love about The Cry! is that they're pop and proud of it! They take their inspiration from the source: British Invasion, Beach Boys, doo-wop. They understand the history and the craft of pop music. Ask them if "pop" is a dirty word, and they'll just laugh and go listen to Buddy Holly. They write perfect melodies in their sleep. They sound like they've been practicing their harmonies for 25 years - even though none of these lads are over 21! But don't go thinking The Cry! are straight-up revivalists. Maybe it's just their youthfulness, but they come off quite "current" to my ears. Their angle is that they've "reinvented the two minute pop song for the next generation". Combining doo-wop harmonies with '60s pop jangle and a touch of '77 punk, their "new-old school" sound falls somewhere between The Connection and The Biters. And that's a fine place to fall! The full-length, as expected, is stacked with hits. In that mythical perfect world I so often conjure in my reviews, "Modern Cinderella" would top the pop charts for weeks! Everyone from your kid brother to your gym teacher to your local congressman to your favorite porn starlet would be singing it while standing in line at Starbucks. If the chorus were any catchier, it would be illegal in at least 17 states. And once that lead guitar hook gets stuck in your head, you're doomed!

Perhaps what impresses me the most about The Cry! is that even if you took away "Modern Cinderella", it would still be a great album. 12 tracks strong without a clunker in the bunch, this long player could pass for a greatest hits collection! Indeed, a lot of bands would kill to have just one song as good as "Sleeping Alone" or "Wouldn't Last". I've been digging on these tunes for months. And the tracks I hadn't heard before are of the same caliber. "Forget It" is a flawless distillation of Merseybeat and Nick Lowe propelled by a ringing melody that warms the soul like a summer breeze. "Think I'm In Love" is peppy, infectious, and fun. "Be True" sounds like a long-lost '60s garage pop classic. "Girl (I Wanna Know Your Name)" suggests the Beach Boys on a boatload of amphetamines. And to think: this is just their first album! It's hardly beginners' luck. Ray Nelsen is one of the most gifted young songwriters to appear on the powerpop scene in a long, long time. And the way brilliant lead guitarist Brian Crace interprets his melodies, the ear candy buzz is never-ending!

All told, The Cry! is a remarkably upbeat record considering how many of its songs are about heartbreak and unrequited love. Love may suck, but The Cry! most certainly do not. Where do you turn when a broken heart has got you down? To pop music! If this album doesn't put an immense and permanent smile on your face, there is literally no hope for you. Its energy is invigorating. Its melodies are contagious. It will make your bad days bearable and your good days even better. It's way too premature to use a term like "classic", but from a pure pop perspective it doesn't get much more perfect than this. If you're a powerpop fan and you're not hip to The Cry!, get with it!

I'm hip to it! SP Records outta Japan is putting out the vinyl! Drooling over here...

Ooh! Maybe I need to ask for a record player for my birthday!