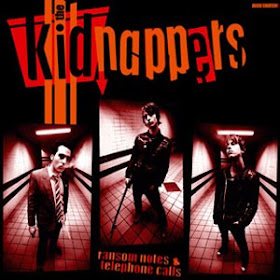 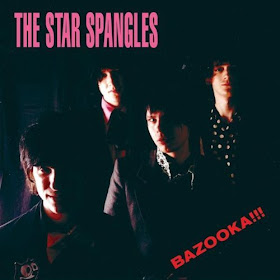 Are you ready to feel really old?! All the albums listed below came out ten years ago. It seems like only yesterday that I was writing about these titles when they were brand new. I was 32. Now I'm about to turn 42. Where did the time go?!

Ah, 2003. It was the year of SARS, "Mission Accomplished", and freedom fries. LeBron James graduated from high school. Arnold Schwarzenegger became a governor. And I wrote a couple hundred record reviews. The "punk revival" of the late '90s/early 2000s had started to slow down. But there was still a lot of great punk/garage/power pop music coming out - much of it by new bands, some by (very) old bands. When I think back to the "glory days" of Now Wave Magazine, '03 was pretty much the peak. That was the year Brian "Bmo" Mosher and Vinny "Gimme Noise" Bratti came aboard my writing staff. People actually started reading my zine and sending me records. The likes of Dirtnap and Alien Snatch Records made the leap from up-and-coming labels to dominant forces in punk rock. And if you look at the list below, you can see it was one hell of a year to be writing about rock n' roll. Let us take a trip down memory lane!

12. The Ends - Sorry XOXOXO
Probably the most underrated of all the Pelado Records groups. This is one of those bands I wish I had appreciated more in their time. They later put out an album on Dirtnap.

10. Buzzcocks - self titled
Yeah, this was the Buzzcocks album with the "weird" production. But of all their post-reunion LPs, this may have featured the strongest material.

9. The Spits- self titled
I think the Spits put out two self-titled LPs in 2003. Which one am I talking about here? Does it really matter?

7. The Minds - Plastic Girls
As I previously discussed in a post on the greatest Dirtnap albums, The Minds were the shit!

6. Marked Men - self titled
Their debut album. How many of us forgot it came out on Rip Off Records?

5. The Briefs - Off the Charts
The long-awaited follow up to Hit After Hit, this album holds up fantastically well a decade later. "We Americans" and "Tear It In Two" are two of my favorite Briefs songs ever.

4. The Checkers - Make A Move
Remember Teenacide Records? The Checkers brought back the early '80s new wave pop thing a la Blondie/Josie Cotton, and they did it marvelously. A forgotten gem of Southern Californian power pop.

3. Star Spangles - Bazooka!!!
This came out on a major label?! Early Replacements meets Johnny Thunders with a touch of power pop. Supposedly they put out another album a few years later, but Gunther 8544 and I share a theory that that second album doesn't really exist. Either way, Bazooka!!! is a classic.

2. The Ergs!- Dorkrockcorkrod
One of the greatest pop-punk albums ever made.

1. Kidnappers - Ransom Notes & Telephone Calls
This was my album of the year selection back in 2003, and a decade later it still holds the #1 slot. Imagine a poppier, German Teengenerate. New album due out this year!

One of the reasons I like doing these lists is that I have no archives of the stuff we posted on the Now Wave site back in the day. So in some way, I'm preserving/documenting the NWM era. Given this situation, there are surely a few releases that I've totally forgotten about. And then when you remind me, I'll totally kick myself. Or maybe you've forgotten too. It has been ten years!