The Ten Greatest Punk Albums of 1992 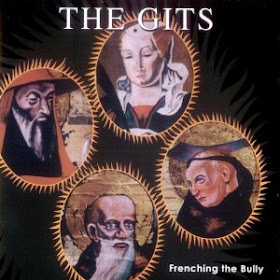 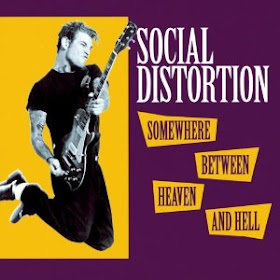 If you bought any of these albums when they were new, you’re about to feel really old. Can you believe that the music of 1992 is now twenty years old? Damn! I bet you still have a few of these on cassette tape! When we think of the ‘90s “punk revival”, the mid-to-late ‘90s probably come to mind. But even before that, punk music was beginning to bounce back from the dark ages of Reagan-era thrash. 1992, as this list suggests, was quite a good year for punk rock. Times were changing. One year prior, Supercharger and the Devil Dogs had kickstarted the ‘90s garage/punk thing. And one year later, the New Bomb Turks and Guitar Wolf would follow suit. Pop-punk was in its hour of glory. Veteran bands were showing they still had the stuff. I was still a few years away from getting into the zine biz, but the seeds of my intrigue had very much been planted. Let us reminisce...

10. Mr. T. Experience- Milk Milk Lemonade
Lookout! Records circa the early ‘90s was the shit, and it was precisely because of records like this one. MTX didn’t really gets its breakthrough in popularity until much later in the ‘90s, but by then the band had been making incredible records for years. MML, like anything this band did in the early part of the ‘90s, rates in the highest echelon of pop-punk all-time.

9. Ramones- Mondo Bizarro
Of all the later Ramones albums, this one was probably the very best. An inspired return to form.

8. ALL- Percolater
Like Bad Religion, ALL made such consistently good records that they sometimes got taken for granted. But God bless ‘em, these guys were one of the few decent punk bands going in the latter part of the ‘80s. And they kept on rolling throughout the ‘90s with a revolving cast of lead singers. Personally, I am partial to Scott Reynolds.

7. Supersuckers- The Smoke of Hell
While the Supersuckers would later become more “rock” and eventually devolve into a parody of themselves, in their early days they were a blistering punk rock n’ roll band who ripped it up proper. Did they ever play gigs with the New Bomb Turks circa ’92-’93? That would have been a riot.

6. Social Distortion- Somewhere Between Heaven and Hell
As a much younger man, I kind of dismissed this album because it wasn’t “punk” enough. What a stupid fucking idiot I was.

5. Green Day - Kerplunk!
This would be Green Day’s last record before “selling out” and changing the face of the punk scene forever. Nothing against what this band has become, but I still love their early records the best. This one might be my favorite.

3. Bad Religion - Generator
While the rest of the punk world in the late ‘80s was evolving more harshly and tunelessly by the year, Bad Religion went against the grain (no pun intended), imbuing warp-speed hardcore with the catchiness and melody of early punk. Seriously: harmonies in punk music in 1988?! I’m surprised they weren’t laughed off the stage every night! Late ‘80s and early ‘90s was Bad Religion’s prime. Literally, they put out a great album every year. Generator was one of their best.

1. Screeching Weasel- Wiggle
Say what you want about Ben Weasel, but circa the early ‘90s he had it going on. Screeching Weasel brilliantly re-fashioned the sounds of the Ramones, Dickies, and Buzzcocks for a new generation. Wiggle and the album that preceded it, My Brain Hurts, spawned numerous imitators and launched an entire sub-genre of music. And while 99 percent of the bands who wanted to be Screeching Weasel proved to be awful, that should hardly be held against Ben and co. Wiggle is truly a classic punk rock album.

Not a bad list, eh? I will be excited to do this again next year!